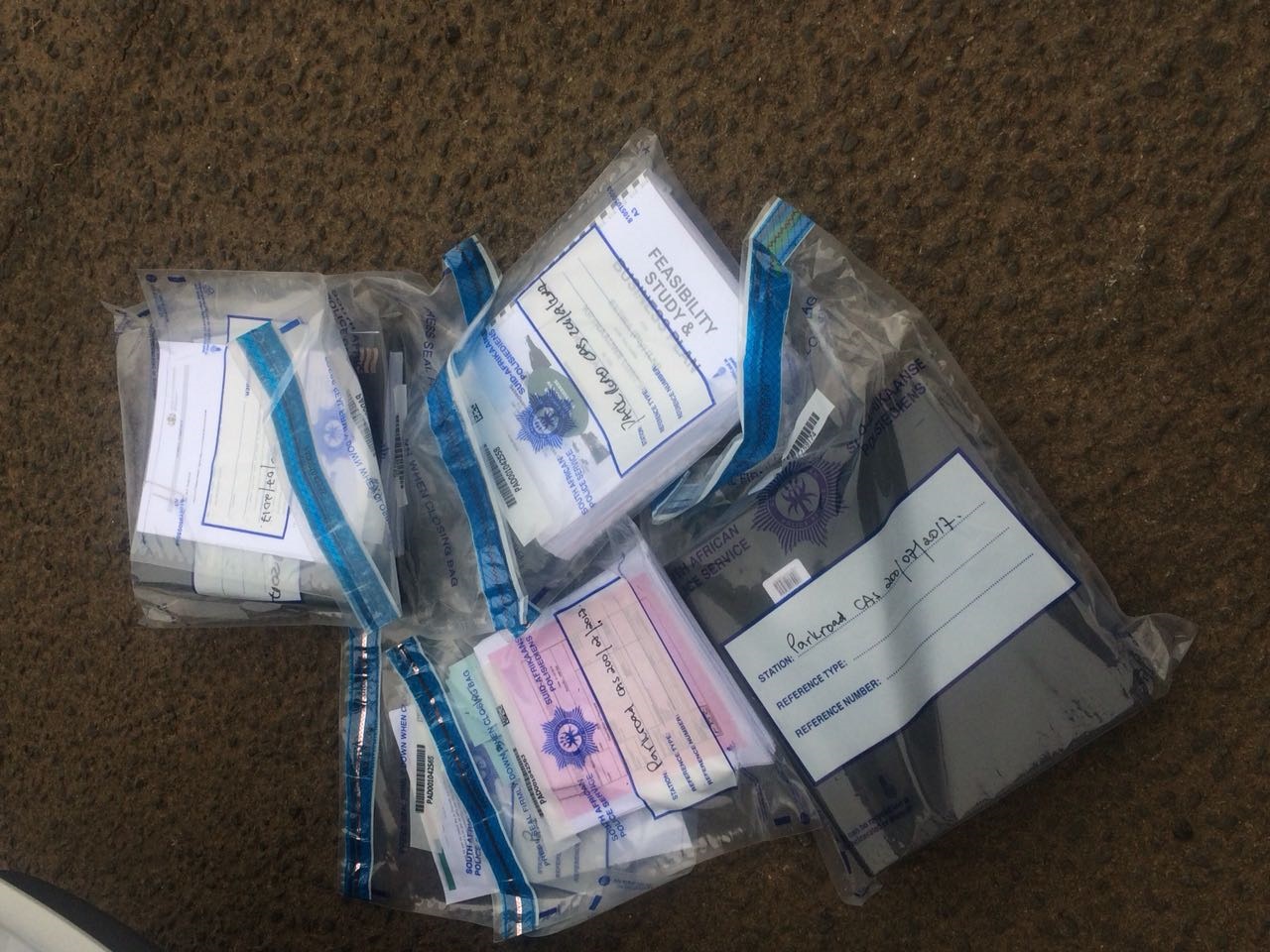 Documents and laptops seized by the Hawks as part of the Estina raids in the Free State.

JOHANNESBURG - Hawks officials say they are about to make announcements about their Estina Dairy Project investigation that will shake the country.

However, it won’t comment now on whether high-level African National Congress (ANC) members are implicated.

The Hawks have raided the office of Free State Premier Ace Magashula and the province’s agriculture department.

Documents and laptops seized by the Hawks as part of the Estina raids in the Free State. (Pics: Supplied.)

The Asset Forfeiture Unit (AFU) contends the project was a scam.

The unit says unnamed individuals and Free State Agriculture Department officials were all part of a well-orchestrated plan to siphon off over R200-million meant for poor black farmers from the Estina Dairy Project.

Zwane has repeatedly defended the venture and even claimed he wasn’t aware the Guptas had benefited.

WATCH: Those who defended the Vrede dairy farm

But the AFU produced bank records showing that Atul Gupta and other companies linked to the Guptas received millions, while R30-million was used to pay for the controversial Gupta wedding in 2013.

Investigators say this was nothing but a corrupt scam that used the Vrede farm as a vehicle for criminality - committed while Zwane was in charge.

The Guptas reportedly took Zwane and his gospel choir on an all-expenses-paid Indian tour, months after he drove his department to adopt the Estina project.

Hawks officials have now raided Zwane’s former office to seize evidence they need to make a case for criminal prosecution.

The Office of Free State Premier Ace Magashule confirmed it was also raided and officials were cooperating with the authorities.

Magashule’s son, who works for the Guptas, denied any wrongdoing.