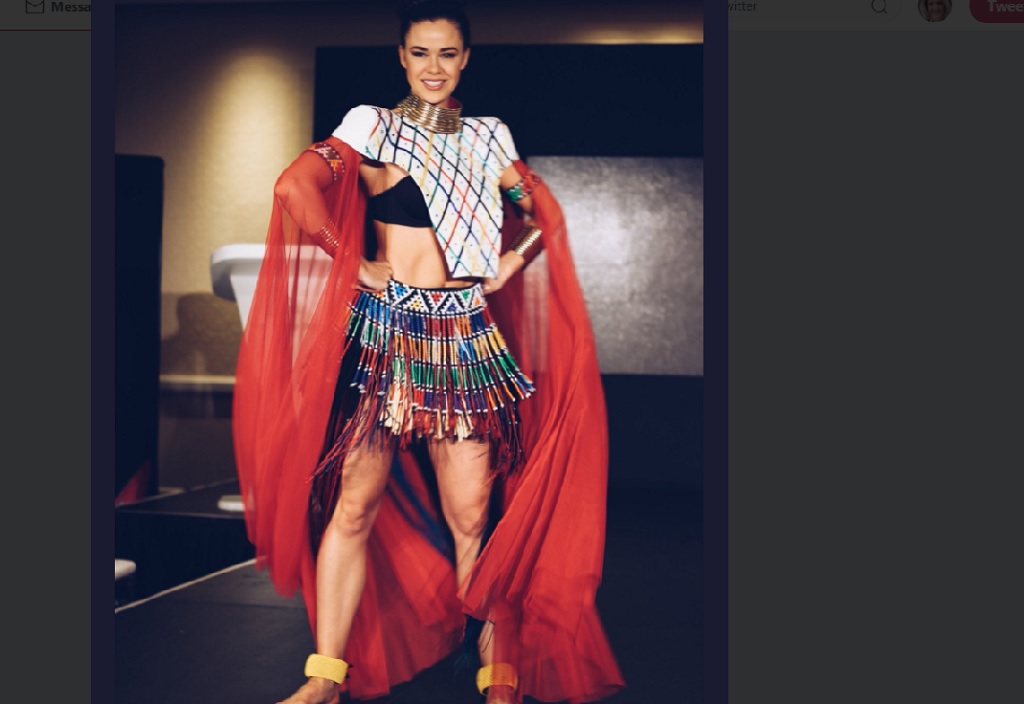 Like an African Queen, here is @MWSouthAfrica in her @MissWorldLtd traditional costume, designed by Matome Seshoka of Antherline Designs. pic.twitter.com/8m6HLKfvwO

Inspired by the warm tones of Africa, isn’t our golden queen simply stunning? It’s #AdeForMissWorld all the way ---- pic.twitter.com/u3QF0nNDKv

We can already see that @MissWorldLtd -- on her head. Embodying “beauty with a purpose”, we’re #AdeForMissWorld all the way! pic.twitter.com/iHKDtrI9wt

Twitter uses were not particularly impressed with the outfit selection, to put it lightly.

There is no hope for humanity. We are doomed. https://t.co/a23rfoEtP9