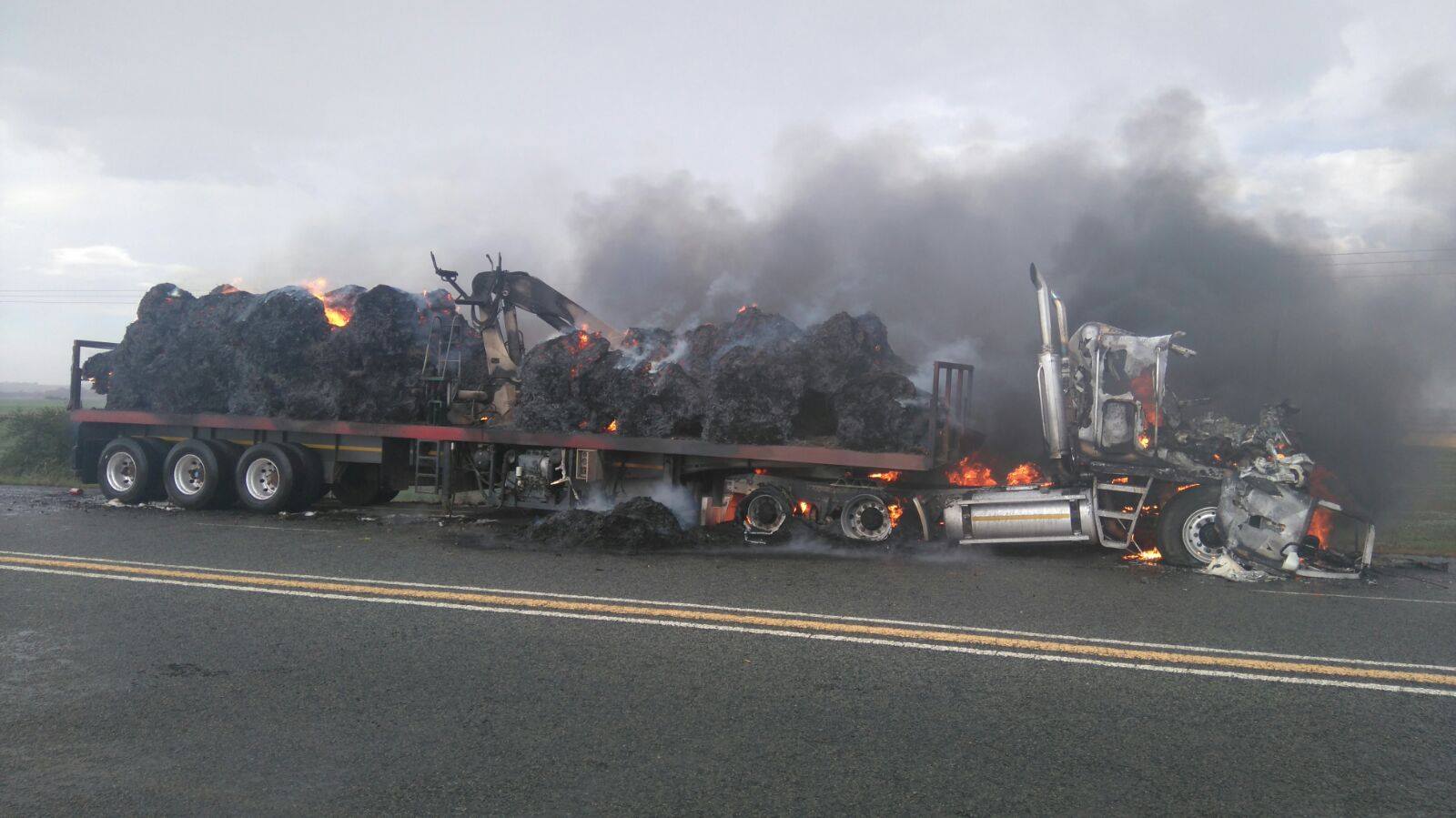 Image of a truck that burnt on the R30 between Brandford and Theunissen in the Free State.

JOHANNESBURG – Two trucks caught fire and burned almost beyond  recognition after they were allegedly hit by lightning in the Free State on Wednesday afternoon.

According to ER24 paramedics the strike occurred at about 3.30pm on the R30 between Brandford and Theunissen in the Free State.

None of the passengers on board the two trucks was injured as they escaped the blaze.

One of the lanes of the road was as law-enforcement officers diverted traffic.

The extent of the damage is still to be calculated.

A truck caught fire after being struck by lightening on the R30 between Brandford and Theunissen in the Free State. pic.twitter.com/yDeBZg9hcV