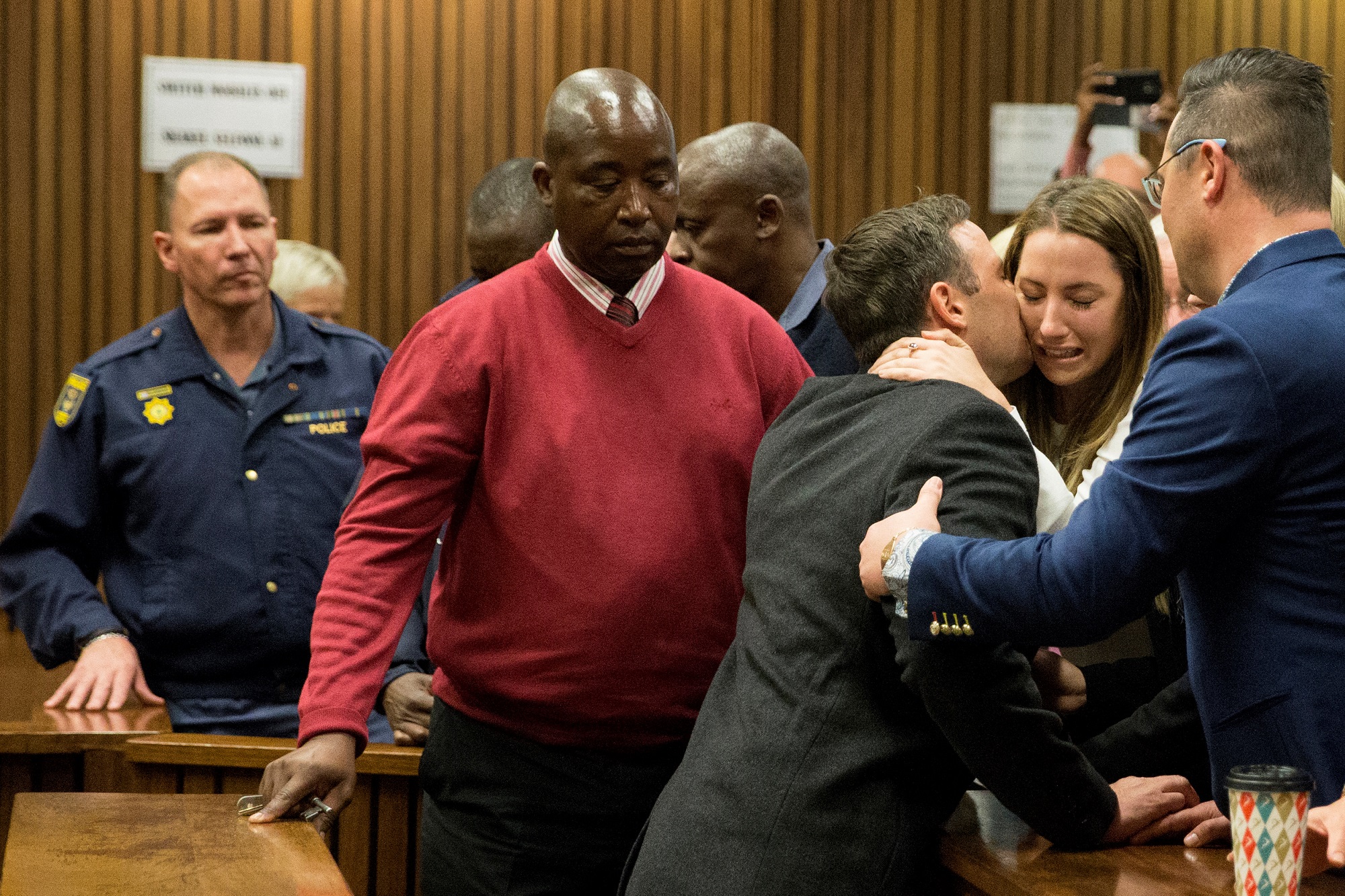 Oscar Pistorius embraces his sister Aimee Pistorius as leaves after his sentence hearing at the North Gauteng High Court in Pretoria.

JOHANNESBURG – Oscar Pistorius could be out of prison before serving his full six-year sentence for murder.

That&39;s according to one legal expert who said early parole is a possibility.

Pistorius won’t be appealing his six year sentence for the murder of his girlfriend Reeva Steenkamp.

But the State said it can’t rule out the possibility.

Some legal experts believe Judge Thokozile Masipa was lenient in handing down the Paralympian’s sentence.

Judge Masipa found that there were compelling circumstances which merited a deviation from the minimum 15-year sentence for Pistorius.

“I&39;m unable to see what is the nature of those substantial and compelling circumstances that would warrant a detrimental variation from the prescribed minimum sentence. At the very least he was looking at 15 years, now he walks away with less than half,” said legal expert Zola Majavu.

“This sentence appears to be inappropriately light. Probably shockingly inappropriately light. I imagine that the prosecutors will now be weighing the decision as to whether to go back to the Supreme Court of Appeal in order to increase the six years that Oscar has effectively been given,” said advocate Paul Hoffman, director of Accountability Now.

Pistorius is currently in custody at the Kgosi Mampuru Correctional Centre in Pretoria.