Pistorius trial: who is Barry 'the bulldog' Roux? 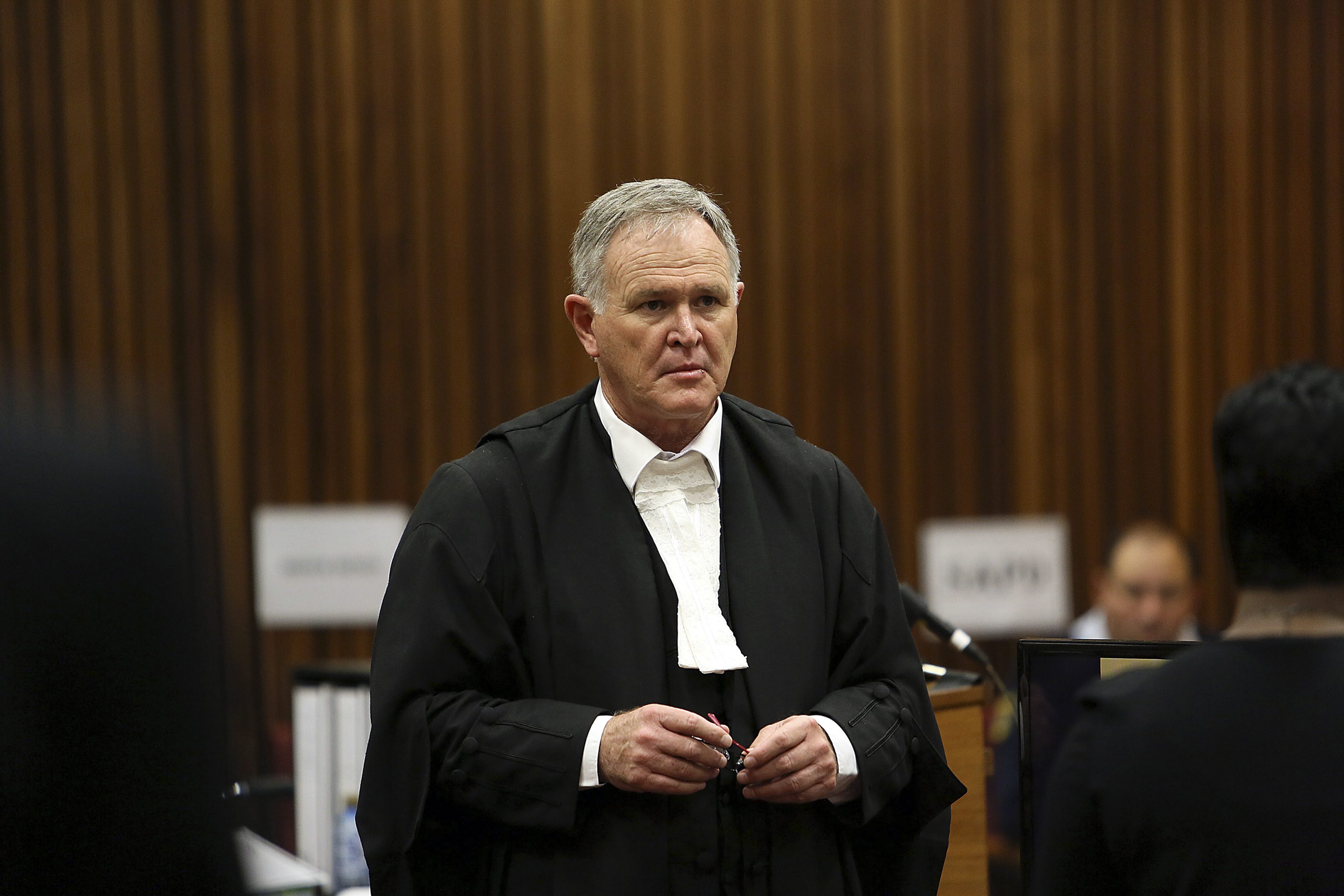 Advocate Barry Roux, representing Olympic and Paralympic track star Oscar Pistorius, looks on during the third day of Pistorius' trial for the murder of his girlfriend Reeva Steenkamp at the North Gauteng High Court in Pretoria, March 5, 2014.

JOHANNESBURG - He&39;s been hailed as a hero and reviled as a villain, but just who is Advocate Barry Roux, the man who has been tasked with defending star athlete Oscar Pistorius against a murder charge?

Four days into the trial the name "Roux" -- sance hashtag -- trended on Twitter and it appeared he was approaching the same cult status as Chuck Norris.

A standard joke on Twitter became: "Barry Roux SC could convince me in an hour flat that my name is not (insert name) and I was never, in fact, ever born."

eNCA.com did a bit of digging around to find out more about Roux, who has taken centre stage at the North Gauteng High Court, where Pistorius is currently on trial for allegedly murdering his girlfriend Reeva Steenkamp on Valentine&39;s Day 2013.

Roux&39;s legal career spans more than three decades and has included some of the country&39;s most high-profile cases.

Roux&39;s ruthless cross-examination forced Magistrate Desmond Nair to intervene at times when Roux grew too much for some of those who took the stand during the bail hearing.

Roux&39;s razor-sharp legal skills were again on display this week as he picked apart the testimony of State witnesses -- to the voyeuristic delight and horror of South Africans.

Roux may not always have got the desired effect, but he certainly entertained those gawking at the drama unfolding on television.

By the end of this Barry Roux will have exposed Mzekezeke.

Does anyone know how I can get hold of Barry Roux?...he needs to head my Lobola negotiations OscarTrial911

Here are some more tidbits about the fierce legal beast.

According to a 2001 entry in an industry newsletter, Roux was born on 21 November 1955 in Mahikeng. He attended Rooigrond Primary School and matriculated from Lichtenburg High School in 1973.

He obtained his law degrees from the University of South Africa (Unisa) and was admitted as an advocate on March 21, 1981.
Even though he&39;s gained a reputation as a fierce opponent, Roux actually started out as a prosecutor (1973-1982) and then lectured at Justice College -- the state&39;s training institution for law officials, expect judges and magistrates.
He joined the Pretoria Bar in 1982.
Roux&39;s interests are listed as walking, going to the gym and running. At the time (of the newsletter&39;s publication) he was married to Audrey Botha and had two children.

Yesses. Barry Roux SC could convince me in an hour flat that my name is not Sipho and I was never, in fact, ever born. :(

Barry Roux cud convince me in 1hour flat that my name is not Heinchall & I was never even born!! oscarpistorius trail witnessesgrilled