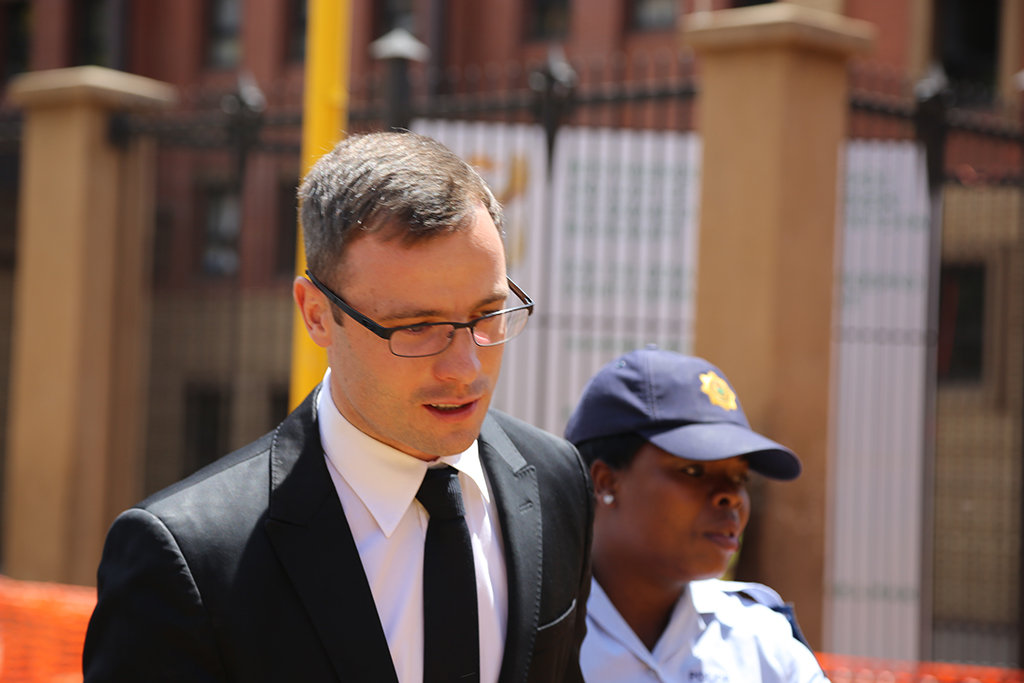 Oscar Pistorius is seen under police escourt on the streets of Pretoria on 16 Otober 2014. It was during lunch break of day four of his sentencing week in the North Gauteng High Court. Picture: eNCA/ Lenyaro Sello.

“We are expecting it to happen soon,” departmental spokesman Manelisi Wolela said, without specifying a timeframe.

On Monday, the Parole Review Board set aside an earlier decision by the CSPB to release Pistorius.

This was due to happen in late August, after the athlete had completed one tenth of his sentence for culpable homicide, but was placed on hold by Justice and Correctional Services Minister Michael Masutha.

Masutha asserted that there had been in error in that by law an inmate could only apply for release upon having completed a fifth of his sentence, not before.

The review board then concurred with Masutha that the decision to allow Pistorius to be released from Kgosi Mampuru II prison in Pretoria on correctional supervision was made prematurely.

The board recommended that Pistorius undergo psychotherapy to address “criminogenic factors” of the crime he committed and that his profile be referred back to the CSPB for reconsideration.

It is this that could happen shortly, though the Supreme Court of Appeal is due to decide on November 3 whether Pistorius’s conviction should be changed to one of murder.

If so, it is likely to impose a harsher sentence than the five years handed down to him by the Pretoria High Court last October.

Pistorius shot and killed his girlfriend Reeva Steenkamp through a locked toilet door at his home in the early hours of Valentine’s Day 2013.

He argued that had mistaken her for an intruder.