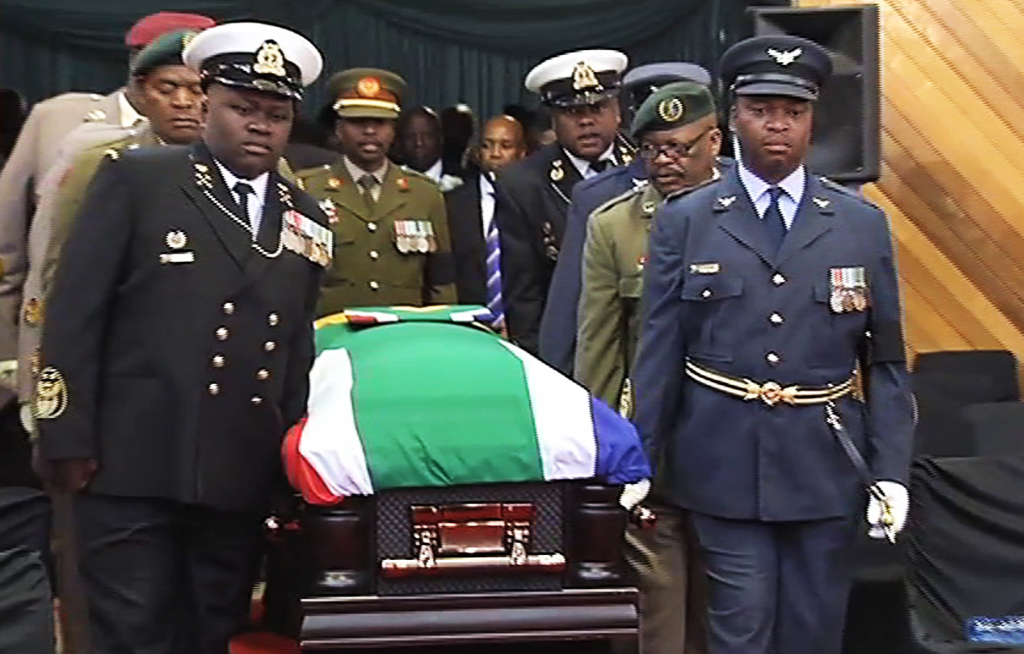 They also supported the call for an early elective congress.

Speakers at the funeral said Stofile raised concerns about the ANC before his death, but his letters went unanswered.

What started off as a funeral service reflecting on the life of the former Sports Minister, soon turned into a rude awakening for the governing party.

"If the president was here, I would have asked, begged, pleaded with him, I would have prayed. I would say to him hand over the reins," said Pityana.

"Our setbacks are self-inflicted. We have ceded our moral high ground to the opponents. We say we are a party of the constitution and we have a right to say so. But many doubt it because we give them reason to do so. For, no lesser person that the president of our movement and our country takes every opportunity to show nothing but disdain and contempt for our constitution," he said.

“It should concern us because when a government works well, it should be a government that does not wage war against itself. And I would like, standing here, to pledge my total confidence in the minister of finance, in the way that he has been doing his work,” said Ramaphosa.

The late reverend&39;s remains were cremated, as per his wish.

* Watch the funeral procession by family and friends as they pay their final respects to the late Makhenkesi Stofile, at the historic Fort Hare University.