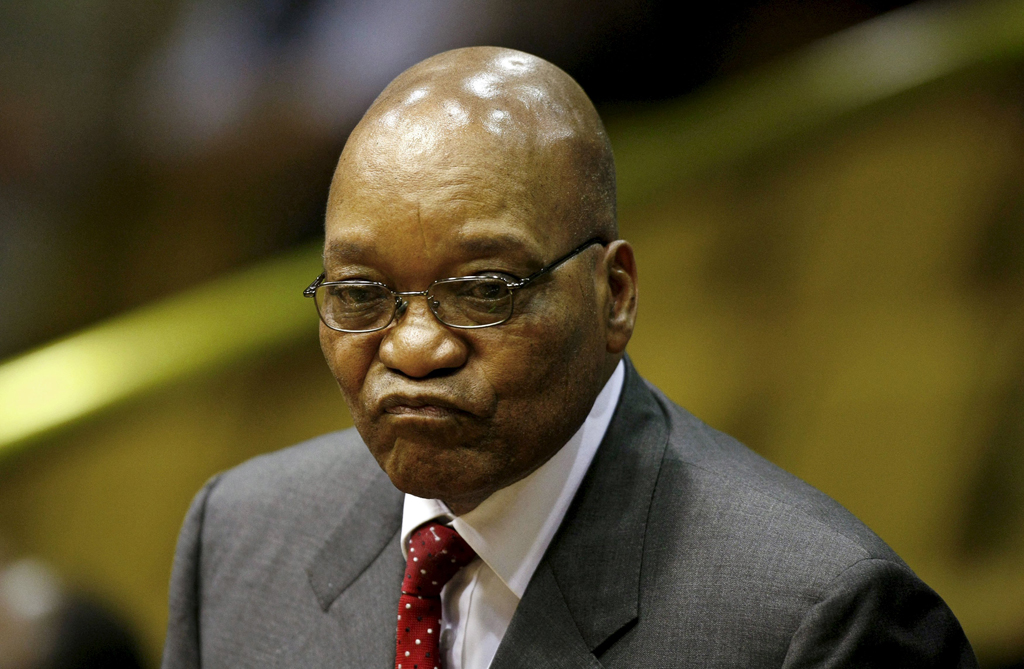 ANC president Jacob Zuma looks on at the National Assembly in Cape Town, in this September 25, 2008 file photo.

CAPE TOWN – The New Age newspaper and ANN7 news channel, both owned by the Gupta family, on Thursday reported that a plot within the ranks of the African National Congress (ANC) to oust President Jacob Zuma had been revealed.

They reported that an ANC faction was using ruling party deputy secretary general, Jessie Duarte, and the wealthy Gupta family as “proxies in a dirty war to seize control of the movement”.

In a narrative that contrasted sharply to that of other media, they said Duarte would be sidelined on disciplinary charges following the meeting of the ANC’s National Executive Committee at the weekend as part of plans to isolate Zuma.

ANN7, on its website, described a bombshell confirmation by Deputy Finance Minister Mcebisi Jonas that the Gupta family offered him the post of finance minister shortly before Nhlanhla Nene was sacked from the post as a “rant” and aired an interview with the ANC Youth League spokesman Mlondolozi Mkhize in which he questioned the deputy minister’s integrity.

In other media, ANC Secretary General Gwede Mantashe rubbished the claims of a faction war within the ruling party and said this was an example of the arrogance of the Gupta family.