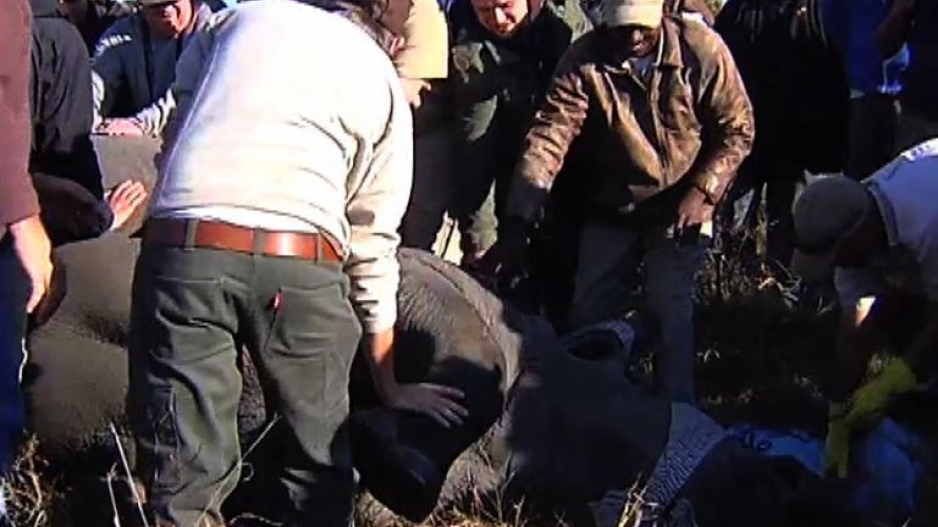 Desperate times call for desperate measures. As rhino poaching prevention reaches new heights. The animal is tranquilised and a specialised veterinary team must work fast drilling into the horn to inject a pink poison that is said to render them useless

Mpumalanga - Game reserves in Mpumalanga are battling to keep their rhino alive and conservationists are now resorting to putting poison in horns in a desperate attempt to keep poachers away.

The animals are tranquilised and a specialised veterinary team drills into the horn before injecting a pink poison that is said to render them useless in the black market.

Lorinda Hearn, of Rhino Rescue Project said, "The fact that we have to resort to measures like this is a testament to how dire the poaching situation is in the country."

Conservationists say the legalisation of rhino horn may be the only option.