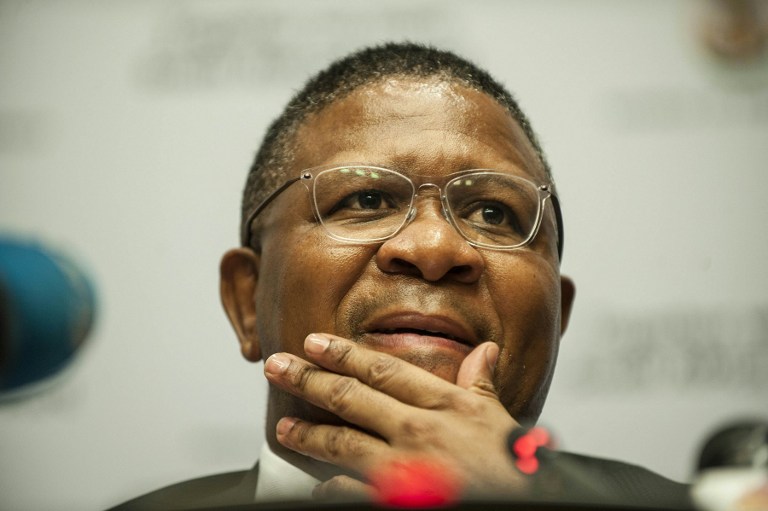 Minister of Sport Fikile Mbalula caused a stir recently when he revoked the privileges of several sporting codes to host or bid to stage any international events, due to a lack of transformation.

JOHANNESBURG - Nine members of a syndicate believed to be behind "large-scale"  value added tax (VAT) fraud have been arrested in raids in Gauteng and KwaZulu.

Police Minister Fikile Mbalula said on Friday that a team of Hawks, SA Revenue Service and crime intelligence officers arrested the eight men and a woman in connection with a scam with a potential loss to the fiscus of more than R90-million.

Potential loss to the fiscus - more than R90 million.

Guns, cars, and other proceeds of crime found in their possession WanyaTsotsi pic.twitter.com/yJVfCdCrGr

They raided 12 premises in upmarket neighbourhoods at dawn on Thursday.

These included a number of business premises, leading to several high-profile arrests of criminal syndicates, Mbalula said in a statement.

The suspects allegedly filed fraudulent VAT claims for a number of years.

"This is about tracking and dealing a blow to the source of crime – the kingpins, crime financiers and planners. These are the people who drive luxury cars and behave as though they are ordinary hard-working people. We are targetting these masqueraders head on – one by one," he said "Their crimes are massive and through their criminality, hundreds of other crimes get committed ...

"I am saying to top gangs and top crime families: South Africa is being disinfected of your kind, watch your back because we are watching you. You are next," Mbalula said.