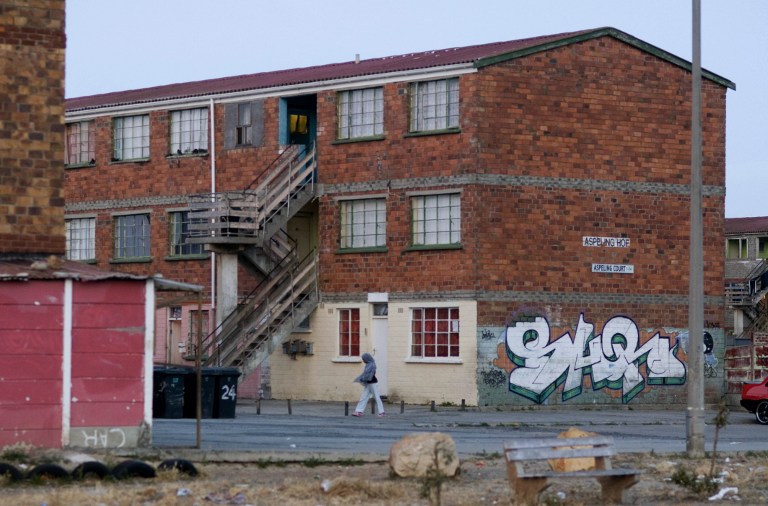 Lavender Hill in Cape Town is widely known as a violent neighbourhood where drugs and gangsterism are the order of the day.

Cape Town – The South African Police Service and Cape Town’s Metro Police on Wednesday conducted a series of raids in crime-ridden Lavender Hill, a suburb on the Cape Flats.

Their aim was to find drugs, firearms, and arrest a list of known gangsters.

The action was in response to a shooting last week in which a traffic officer and a motorist lost their lives.

The driver of a Toyota Corolla on Prince George Drive, and the officer issuing him with a traffic fine were shot around 9am last Wednesday. The driver died on the scene. Wesley Woodman, the 35-year-old traffic officer who stopped the car, was rushed to hospital. He died later that afternoon.

Two men in their twenties appeared in court last week in connection with the shooting.

The other firearm was an unlicensed 9mm pistol. The man&39;s case was postponed to 19 June.

The other suspect, Quinton Ashley Cordom, 26, appeared separately and had his case postponed to 12 April. National Prosecuting Authority (NPA) Western Cape spokesman Eric Ntabazalila said the cases were likely to be joined at a later stage.

The raids will be an ongoing operation over the next few days.

On Wednesday, police arrested at least two men, both for the possession of drug paraphernalia.

Lavender Hill has long been a hotbed for gang violence. Positioned close to the coast and with little infrastructural development, many young males are drawn to the allure of gang life.

In 2012, the Cape Times reported that at least 23 people were killed in a six-week period due to gang violence.

In 2011, the army was called in during the month of November after it was reported that 64 people had been shot since June that year.

There have been calls for an end to the violence from religious leaders, municipal officials and the community, but the violence endures and never seems to stop for more than a couple of months.