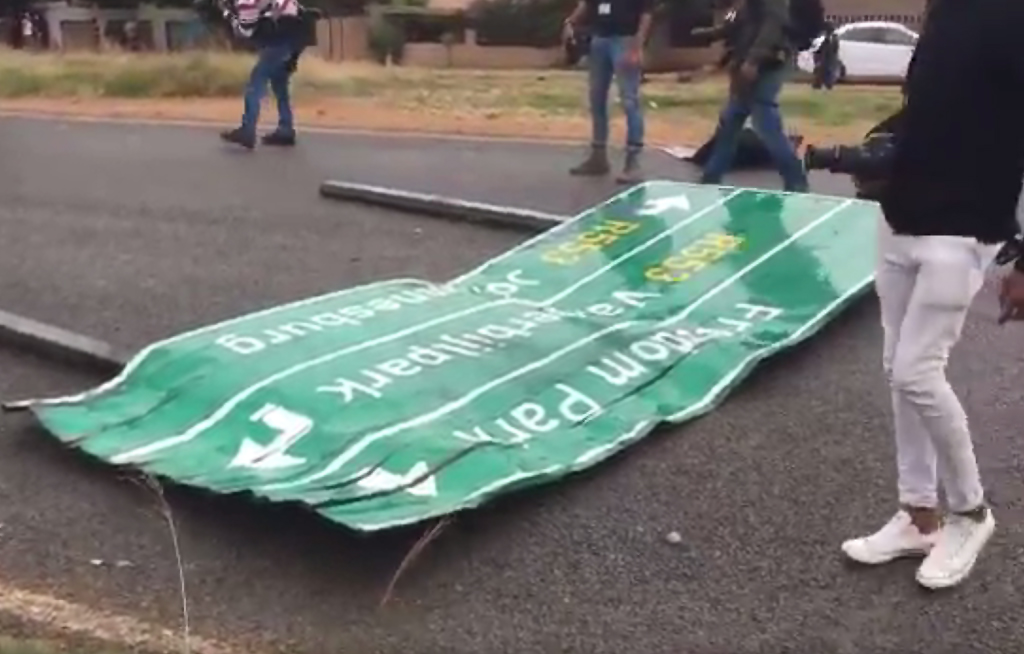 08 May 2017 - Residents in Eldorado Park are demonstrating against inadequate housing in the area. They've blocked roads and hurled rocks at police.

SOWETO - Protests intensified throughout the day in Eldorado Park, where residents are demanding adequate housing and employment.

They blocked roads with rocks and burning tyres since early this morning when the Golden Highway was blocked off.

Police retaliated with rubber bullets and tear gas when protesters hurled rocks, smashing the windows of police vehicles, and striking some journalists too.

A massive law enforcement contingent was brought in, which included members of the SAPS, the JMPD, Public Order Policing and the K9 Unit.

Angry residents in Eldorado Park South of JHB, protecters are looting over houses and land, MEC Nkosi-Malobane is on the scene. pic.twitter.com/WFci597jNK

An uneasy calm has settled as night has fallen, but the community is still suggesting there'll be rampant crime overnight.

Their anger includes issues of general service delivery, where they claim the local government has over-promised yet under-delivered.

They're calling for Joburg Mayor Herman Mashaba to address them, and rejected the presence of Gauteng Community Safety MEC Sizakele Nkosi-Malobane, saying she's not an MEC for Human Settlements or Housing.

Nkosi-Malobane was whisked away shortly after.

She took to a helicopter to survey the scene and commented that people on the street were just looking to take advantage of the situation; that there was clearly a criminal element at play.

WATCH: Gauteng Community Safety MEC flew over #EldoradoParkProtest in a helicopter. Issues have been communicated to @HermanMashaba as well. pic.twitter.com/sXCme9YXd1

Shortly thereafter, shops were looted and ATM's smashed. Wheelie bins full of food were seen being wheeled away from Shoprite.

The police minister has condemned the violence.

In between #EldoradoParkProtest, this little fella hides in a corner at the looted shopping centre as rubber bullets fly. pic.twitter.com/BOZIYfU9ja