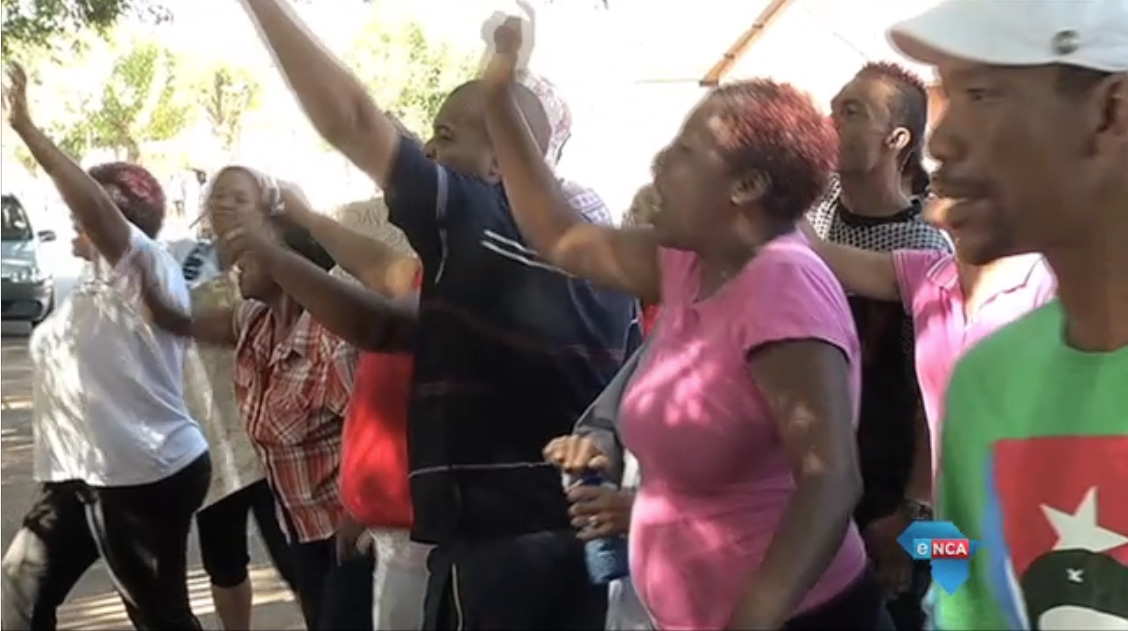 Police are protecting teachers and pupils at a primary school in Roodepoort where some parents are protesting against the appointment of a black principal.

ROODEPOORT - One person has been injured when police fired rubber bullets on a violent crowd outside Roodepoort Primary School, west of Johannesburg.

Social media reports indicate that school parents began assaulting eachother when some attempted to prevent a group of school pupils from boarding a bus bound for their new temporary school, the Lufhereng Primary School.

WATCH: RoodepoortPrimary parents are assaulting each other trying to prevent kids from getting on busses. sabcnews pic.twitter.com/XN8mP9agUG

An elderly man is being treated at the scene after having been shot in the leg by rubber bullets.

One man being treated after Police used rubber bullets to disperse the angrt coloured community at the school BP pic.twitter.com/196ZI62vuw

ER24 medics on the scene report that up to five people may have been injured by the rubber bullets.

There is a heavy police presence monitoring the situation.

Parents are moering each other at Roodepoort Primary, this all due to racial beliefs. I thought we&39;ve passed that stage. RoodepoortPrimary

Roodepoort Primary turning really bad. Parents fighting each other. Cops shooting parents. They&39;ve got us turning on each other AGAIN

So colored people want a black principal fired in RoodepoortPrimary school. Where are we? @NtandazoGiqwa @MalgasK. Black on black

Shamefull. The poor kids. Also noticed how a child was moving her parent away towards the end. RoodepoortPrimary https://t.co/FbnmA7MpH7

RoodepoortPrimary parents be like I&39;m not racist but my kids ain&39;t going to no school with blacks - and this is 21 years after apartheid

These parents in Roodepoort ,don&39;t they have jobs to go to? RoodepoortPrimary