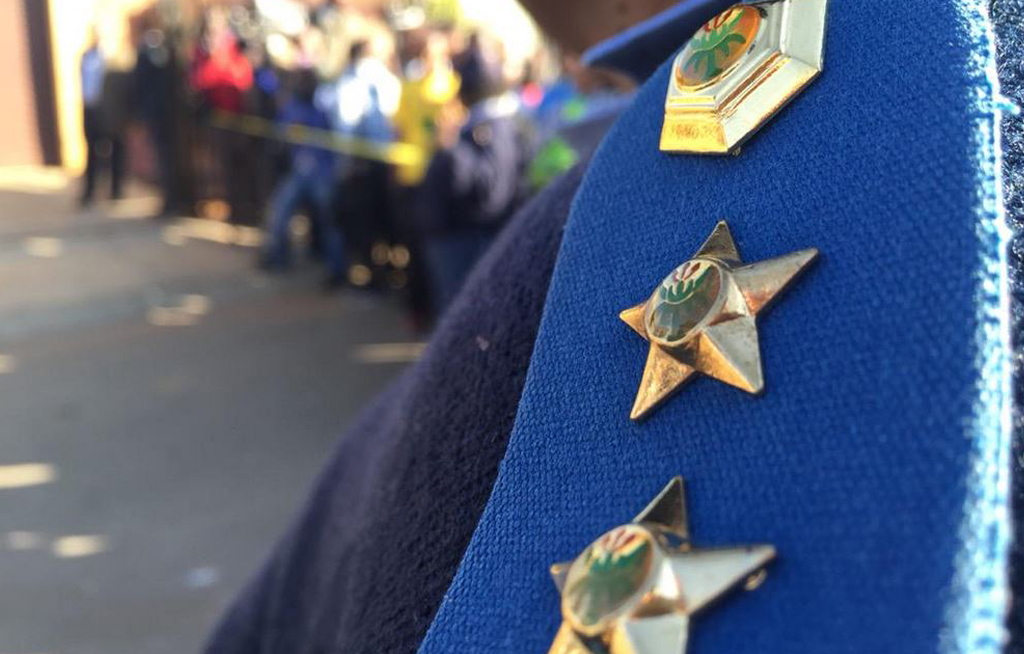 Close-up of an SAPS police epaulette.

JOHANNESBURG – Police are investigating the circumstances in which a South African Police Service (SAPS) officer was killed, allegedly by rowdy pub patrons, in the early hours of Saturday morning in Roodepoort, Johannesburg, Gauteng police said.

The police officer and his colleagues were apparently flagged down by the owner of a local pub, calling for assistance with patrons who did not want to leave the pub when the owner wanted to close, Brigadier Mathapelo Peters said.

“The crowd is said to have turned on the police, ending up with the officer being stabbed in the upper body, and his firearm stolen. The member was declared dead on the scene,” Peters said.

Gauteng police commissioner Lt-Gen Deliwe de Lange expressed sadness at the murder of a second police officer in the city within the space of one week.

A constable was shot dead last Sunday. De Lange appealed to witnesses to come forward with information that might help police arrest those responsible for the continued attacks on police.