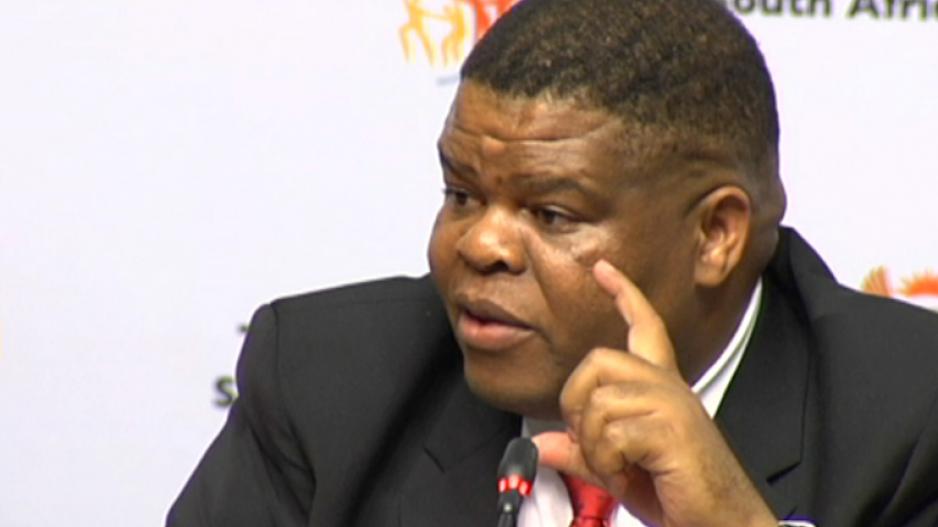 PARLIAMENT – Police were investigating allegations that State Security Minister David Mahlobo was linked to a rhino poaching syndicate, Minister in the Presidency said on Thursday.

“Cabinet noted the allegations in an Al Jazeera documentary against Minister of State Security, Mr David Mahlobo, and noted that the South African Police Service are investigating the allegations.”

The documentary was aired last week with self-confessed rhino traffickers alleging they were close to Mahlobo.

During a question-and-answer session in the National Assembly on Wednesday, the minister said he would not quit his post, saying that he had asked Mpumalanga police to probe the allegations.

“With all due respect, I’m not going to resign. I’ve never been found guilty,” Mahlobo said to questions from MPs over allegations contained in the documentary which linked him to Guan Jiang Guang.

Mahlobo said it was false. He did not deny visiting the Mbombela Spa of Guan, but claimed he did not know who he was.

“I’m not above the law. I’m going to subject myself to the issues that are being raised so that this thing of trying to scandalise people, tarnish their image is not going to succeed. You know I also believe lies have short legs.”

Mahlobo was responding to a question from Agang SA MP Molapi Plouamma, who commented in the House: “I can’t help it when I look at you, I see a rhino being hacked to death while you are hugging syndicates.”