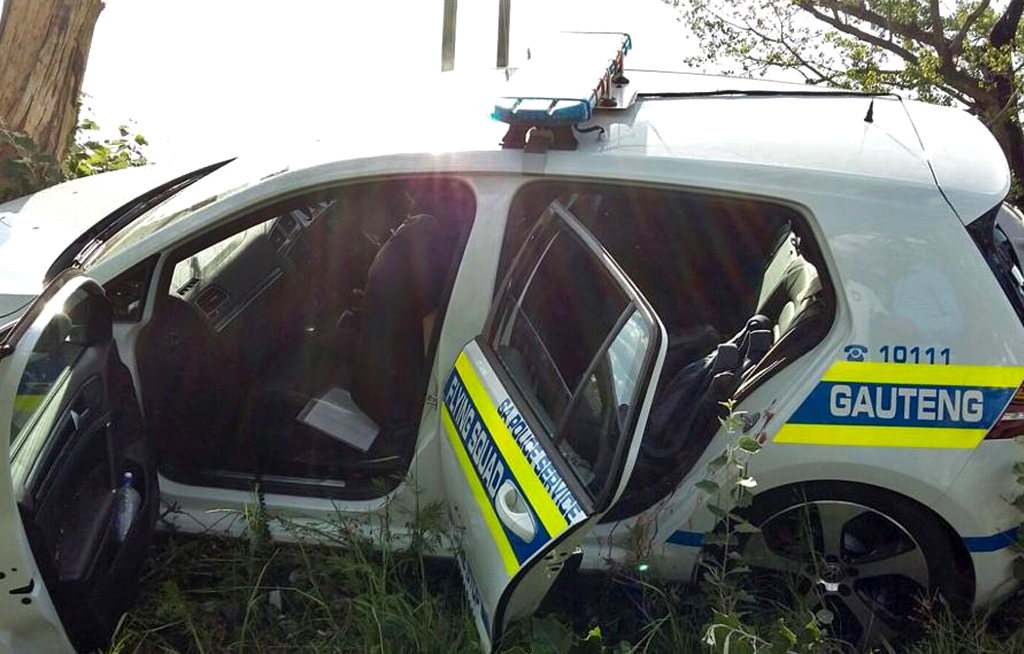 09 November 2015: The SAPS Flying Squad vehicle which was fired upon by armed suspects in a white BMW on Monday, on the Golden Highway, south of Johannesburg.

JOHANNESBURG – A female police officer was airlifted to a local hospital in a critical condition on Monday after the police vehicle in which she was travelling, was shot at.

The incident occured on the Golden Highway south of Johannesburg.

Two other officers in the vehicle were seriously injured when the car then lost control and smashed into the side barrier.

Police spokesman Lieutenant Colonel Lungelo Dlamini said members of the flying squad were patrolling the area when they spotted a suspicious-looking white BMW with tinted windows on the highway.

The unit tried to stop the BMW but its occupants opened fire in the direction of the police. The female officer was shot in the upper body. Police said a rifle was used in the attack.

“We are searching for four suspects. A case of attempted murder has been opened. No arrests have been made," Dlamini told eNCA.com.

"The road has been reopened but traffic is moving very slow because police are still at the scene collecting evidence,” he added.