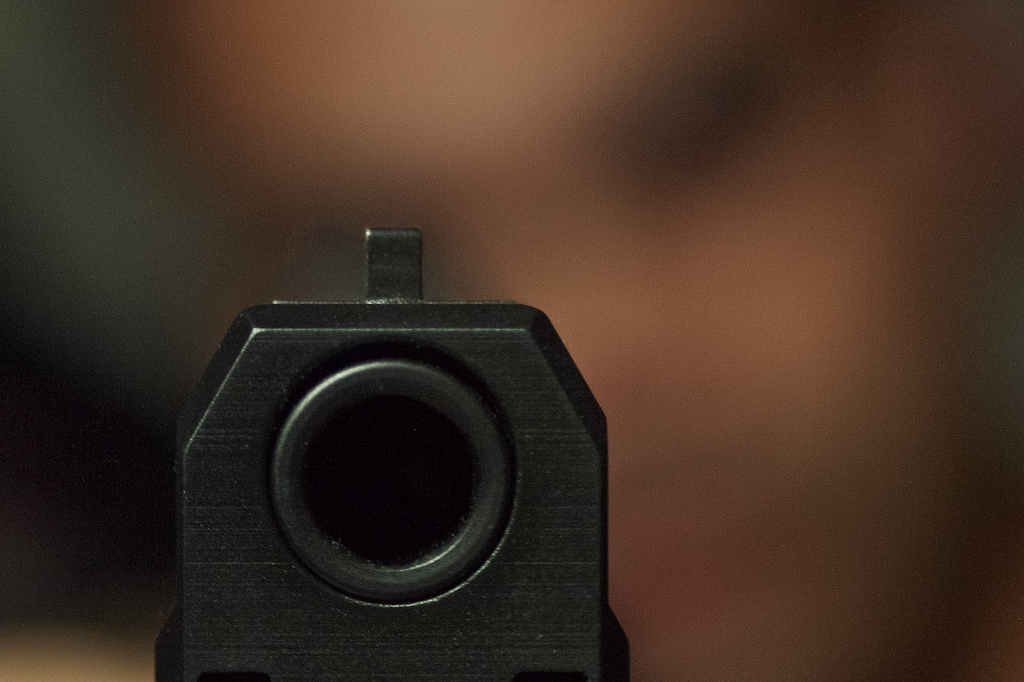 FILE. Looking down the barrel of a handgun.

DURBAN - A shoot-out between police and suspected ATM bombers, has left nine people dead, including a police officer.

Police were responding to a tip-off in Hammarsdale, Durban.

A bullet hole in one of the getaway cars used in this morning's ATM robbery in Hammarsdale pic.twitter.com/8wmFWeY2Ub

The incident began late last night (Sunday) and continued through to this morning.

The body of one of the men believed to be involved in an attempted robbery that left 9 people dead in Hammarsdale this am @DailyNewsSA pic.twitter.com/GxEE458aXK

According to an official statement released on Monday, the police's National Intervention Unit (NIU) and K9 Unit responded to information about a possible ATM bombing that was expected to take place in the Hammarsdale Industrial area on Sunday night.

"Our members confronted the suspects and they were met with gunfire during which a 44-year-old Warrant Officer from the National Intervention Unit was tragically shot dead," the statement read.

The suspects reportedly then fled on foot but were later spotted nearby in the bushes. Another shootout with police ensued, and three suspects were killed.

The search for the remaining suspects tracked them down to a homestead in the Mophela area within the Mpumalanga Police Station precinct. The suspects fired on the police once again, who responded by return, killing another five suspects in the process.

The SAPS reports that two rifles, four handguns, five explosive devices, two detonators, a gas mask, a pair of goggles, a pair of gloves and two cars were recovered.

The statement reports that the SAPS Provincial Organized Crime Unit is investigating the matter and the Independent Police Investigative Directorate has been informed.

#sapsHQ KZN Acting PC has expressed his heartfelt condolences to the family of the fallen #SAPS member. RIP #FinalSalute #PoliceKillings ME