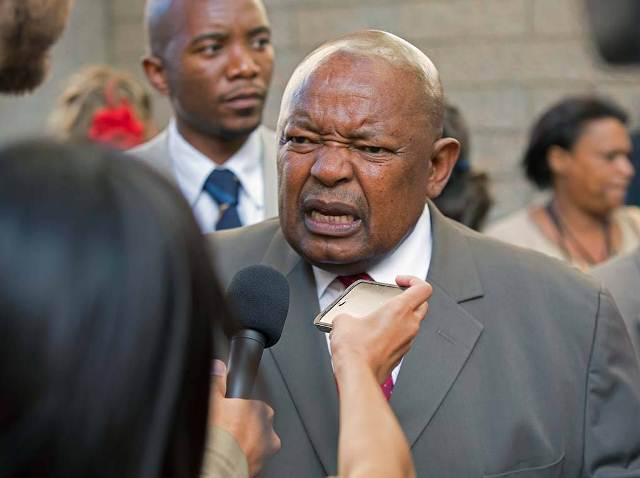 Prominent South Africans took to social media to express outrage over the controversial Gupta family flying an entire wedding delegation into the military base in Waterkloof.

Congess of SA Trade Unions’s (Cosatu) spokesperson Zwelenzima Vavi said this was something unheard of in our 19 years of democracy.

“Some family with not a single scar to show for a struggle for democracy now using national key point for wedding. This is just a scandal,” he said.

Vavi said that heads would roll.

In a tweet he said he had sleepless nights.

Have real nightmares about the Gupta story in a national key point! Depressed can&39;t sleep yet must drive to May Day early

Waterkloof Airforce base thing. . Am I dreaming or is this true ? What on earth is this ? Ag sis man!!!Please somebody take action.

Meanwhile, the ANC took to twitter in outrage saying “the ANC waited patiently for the SANDF, the body delegated with authority over the Waterkloof Airforce Base, “To explain to the nation how these private individuals managed to land aircraft at Waterkloof.”

We again make the call, even at this late hour, to the SANDF to explain how this private aircraft landed at Waterkloof Airforce Base; our...

ANC will never rest where there is any indication that all & sundry may be permitted to undermine the Republic, it&39;s citizens & its borders

In a statement released by SANDU, it was made clear that finger pointing would continue without providing much of an answer as to who allowed the Gupta’s to land at the national key point.

The Defence Ministry said it was waiting for Defence Minister, Nosiviwe Mapisa-Nqakula, to return from Ethiopia in order for them to release an official statement.

There was no reaction from the presidency as spokesman Mac Maharaj was in Zimbabwe until an undisclosed time.