Politicians canvass ahead of elections 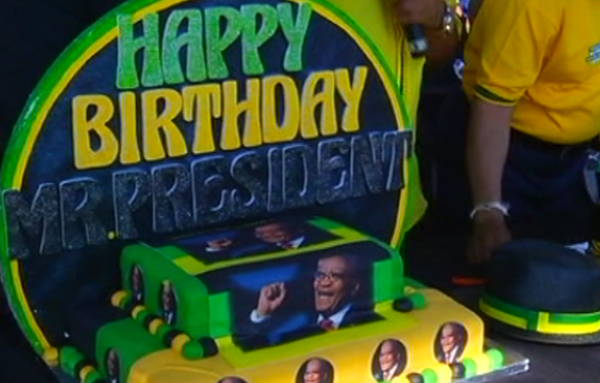 JOHANNESBURG - Politicians campaigned at rallies and other events across the country on Saturday ahead of the May 7 general election.

African National Congress spokesman Jackson Mthembu it was fitting that on Zuma&39;s birthday, the party reflected on the significant strides made by the ANC government over the last five years during Zuma&39;s tenure.

"...We hope that today will provide a moment of celebration of the road travelled thus far, serving as further impetus to carry on the good and important work of serving our people."

ANC secretary general Gwede Mantashe told supporters in Soweto that the Democratic Alliance had created jobs, but the majority were for white people.

"That is how racist the DA is..." said Mantashe, adding that Eldorado Park was in the hands of the DA by default.

"It is our fault. ..we must rescue Eldos from being an area that survives on complaining."

"The IFP believes that you deserve better, and more. You deserve a leadership that listens to your concerns, cares about your struggle and works for your best interests," he said.

"You deserve a leadership that acts, with competence and honesty. You deserve representatives that really serve you. It is time for South Africans to demand more of government."

He said the IFP had a practical plan to improve South Africa.

"We know what works, and what doesn&39;t work. We know how to get things done. But most importantly, we know that whatever we do, we are doing it because of you," he said.

"Let&39;s assess those in power and consider how we can make a change for our country, and ourselves.Your vote can change your future."

She accused the ANC of forgetting those who had voted it into power, and added that the DA was the most racially diverse party in the country.

Meanwhile, DA leader Helen Zille and its Gauteng premier candidate Mmusi Maimane led a march in Soweto to protest over the SABC refusing to broadcast its advertisement.

Zille claimed that SABC executives were protecting their positions by deciding not to broadcast its advert.

"They are terrified for their positions because he [Zuma] deployed them," she told reporters.

The SABC said it did not broadcast the advert because it incited violence, but offered the party an option to amend it.

In the advert, Maimane discusses issues including police brutality.

He took aim at the DA and the ANC, saying that these parties "spend more time slinging mud at each other" than working to benefit the people of the Western Cape.

"It is an inescapable reality that this fans the flame of tension between different communities in this province."

SA Communist Party general secretary Blade Nzimande said the DA and the EFF needed to be taught a lesson.

"Use May 7 to teach the DA a powerful lesson. They say they are for jobs but were against farm workers in the Western Cape," he told the National Union of Mineworkers&39; shop stewards&39; council in Boksburg, east of Johannesburg.

He described the DA as a party of "political labour brokers".

"When the DA marches to Cosatu house and Luthuli house, [the party] is black but in Parliament it is white."

He described the Economic Freedom Fighters as a party full of "corrupt tenderpreneurs".