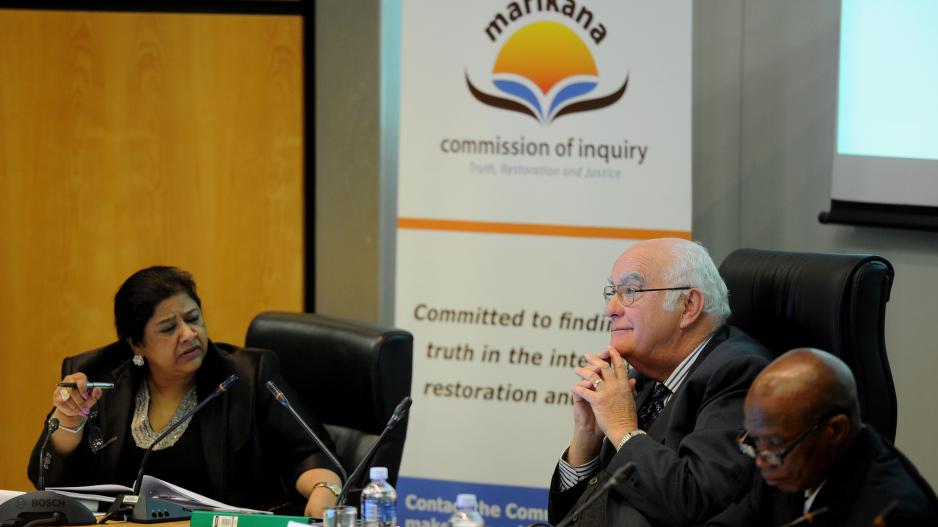 MARIKANA, North West - The inquiry into the Marikana Massacre is being dogged by more controversy two years after 44 people were killed on the platinum belt.

Groups supporting the mineworkers are angry over changes to the terms of reference of the Farlam Commission, particularly  the removal of Clause 1.5, which they say is a ploy to protect government officials from accountability.

“We yet to hear from a number of experts… on that basis it’s not right, as none of the shooters have come to give evidence…evidence been tested, it’s not fair,” said Kathleen Hardy, a legal representative at the Marikana Inquiry.

The support groups also say the July 31 deadline to complete the commission’s work is not practical.

The Marikana support groups say if key figures like Police Minister Nathi Mthethwa, Mineral Resources Minister Susan Shabangu and ANC deputy president Cyril Ramaphosa fail to appear before the commission, the country will be left with yet another official inquiry that has failed to uncover the truth.

The Marikana Support Committee wants President Jacob Zuma to respond to its demands by Monday, warning that it will take the commission to court and encourage miners to withdraw from the inquiry if he fails do so.