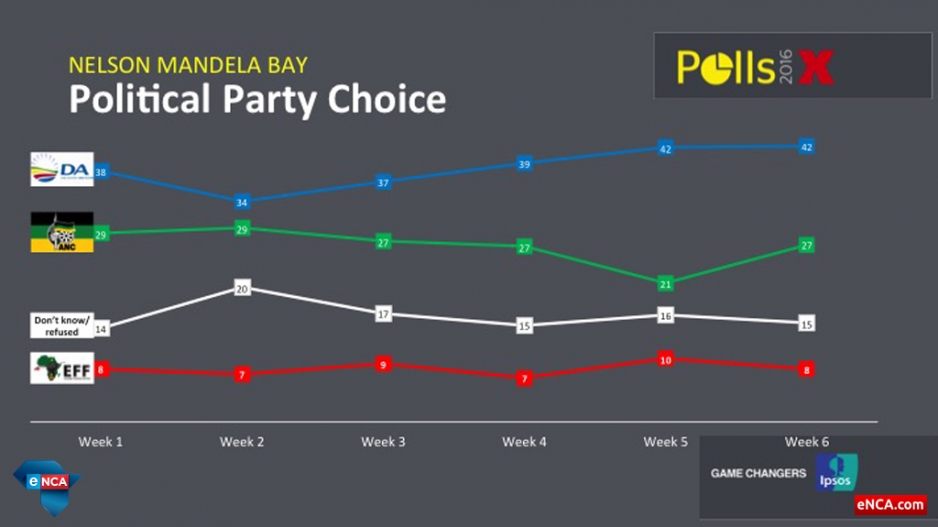 JOHANNESBURG – Support for the African National Congress (ANC) in the Nelson Mandela Bay metro has increased by six percentage points in the last week.

INFOGRAPHIC: Click here to sort through eNCA poll results in Nelson Mandela Bay according to age, race and income demographics.

The ANC is still behind the Democratic Alliance (DA) in the metro, which remains unchanged from last week’s 42 percent.

The number of respondents who said they don&39;t know who they will vote for or refused to vote is still an important group to consider at 15 percent.

The Economic Freedom Fighters (EFF) dropped in support, with only eight percent of respondents saying they will vote for the red berets.

Trollip has been actively campaigning in the Eastern Cape this week visiting Grahamstown, Veeplaas and Fort Beaufort amongst other places.

Positive party sentiment for the ANC has increased by three points to 35 percent.

Week six also includes results of smaller parties, showing none of them making much impact.