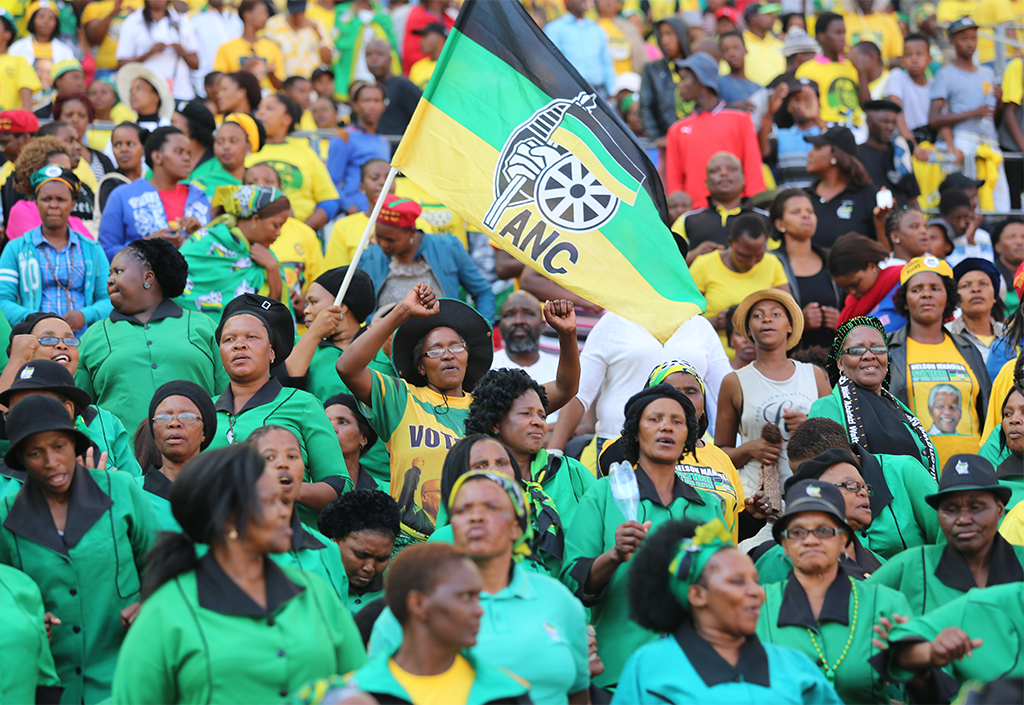 ANC supporters are seen at the Nelson Mandela Stadium in Port Elizabeth on 16 April 2016. They were attending the party's election manifesto.

JOHANNESBURG - This week’s latest eNCA election poll – just three weeks before the 3 August voting - shows the Democratic Alliance (DA) continuing to pull ahead of the African National Congress (ANC) in Nelson Mandela Bay and Johannesburg, but the gap between the two parties is narrowing in Tshwane.

In Nelson Mandela Bay, the pattern in the fifth of the weekly polls continued, with the DA now at 42 percent and the ANC at 21 percent. With 16 percent undecided, this means that even in the unlikely event of the ANC winning all the undecided voters, the DA is still likely to be the biggest party.

The critical question is whether the DA can win half of these undecided voters, which will give them control of the city.

Click below to filter eNCA poll results according to age, race and income demographics in the three metros:

The Economic Freedom Fighters (EFF) share of the vote in Nelson Mandela Bay also rose from last week’s 7 percent to 10 percent this week.

With respondents who refused to answer or said they didn’t know who they would vote for at 16 percent, this vote could still go either way.

The EFF in Johannesburg moved down to 10 percent from 11 percent last week.

In Tshwane, the ANC appeared to partly recover from the effects of last week’s violence in the area.

Their support, having dropped last week to 23 percent, was back up to 26 percent this week, while the DA dropped from 42 percent to 39 percent and the EFF moved from 11 percent to 12 percent.

With 16 percent still undecided in Tshwane, this vote could still go either way on election day.

This week’s shifts may reflect the fact that campaigns are now moving into top gear.

The ANC’s President Jacob Zuma visited Tshwane, where the ANC percentage went up, and the DA’s Mmusi Maimane spent much of the week in Nelson Mandela Bay, where the DA share went up.

With the exception of Johannesburg, the DA was rated the highest as the best party to deal with service delivery and social challenges like electricity supply and reducing crime and drug abuse in Nelson Mandela Bay in Tshwane.

In Johannesburg the ANC was rated the highest in being able to deal with roads, electricity and water supply, build houses, deal with racism and refuse removal.