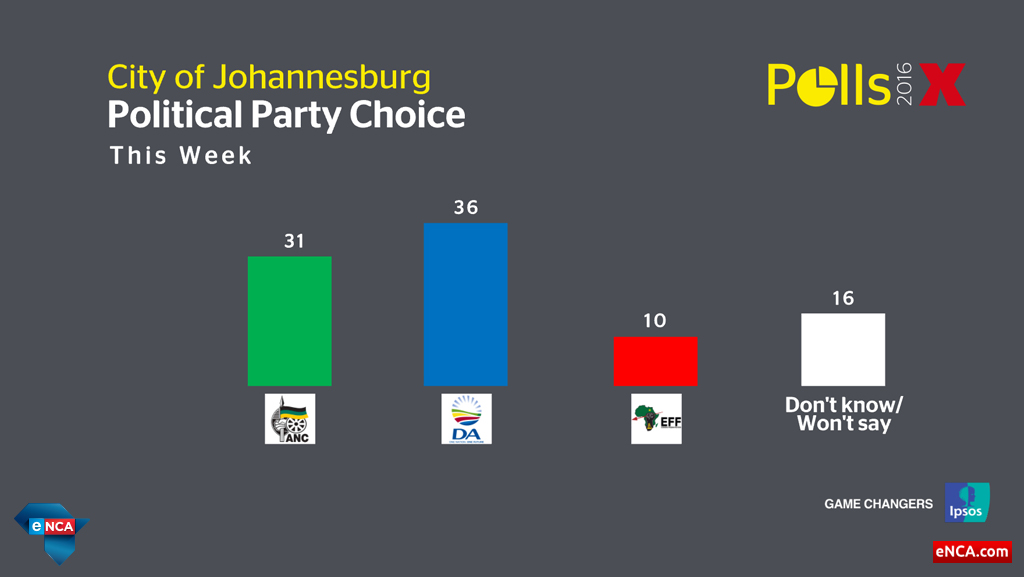 07 July 2016 - This graphic shows results from week five of the Ipsos-eNCA poll on party choice in Johannesburg.

JOHANNESBURG – The African National Congress (ANC) has been rated as the best party to deal with roads, refuse removal, electricity and water supply and build houses in the City of Johannesburg.

Click here to filter eNCA poll results in Johannesburg according to age, race and income demographics.

Johannesburg is the only metro where respondents rated the ANC better than the Democratic Alliance (DA) at solving some service delivery and social challenges.

In the other two metros the DA scored the highest on all questions.

ANC support in this metro has also increased to 31 percent however more respondents (36 percent) still say they will vote for the DA.

Respondents who said they don&39;t know who they will vote for or who refused to answer, remained the same as last week at 16 percent.

On positive party sentiment, the DA remains steady at 53 percent while the ANC and EFF dropped by two percentage points each.

The EFF scored highly in being the best party to organise youth entertainment and deal with racism.