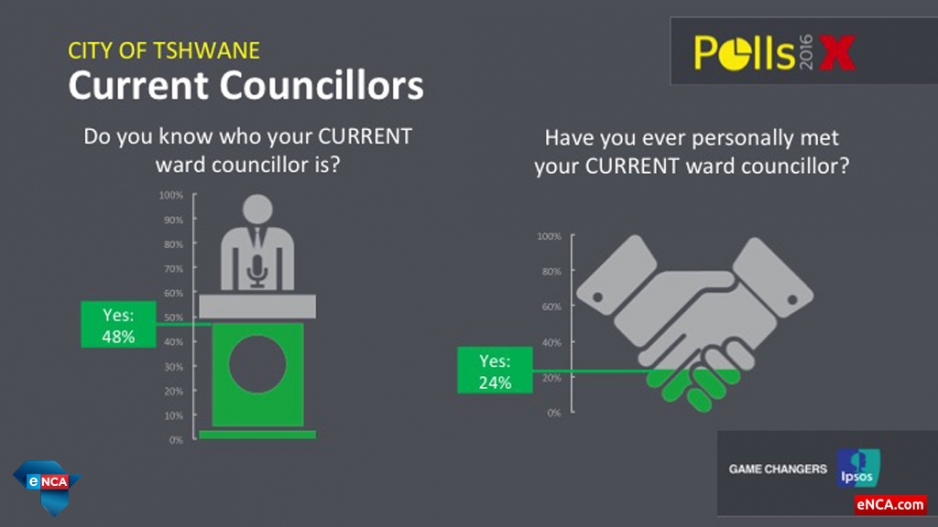 21 July 2016 - This graphic shows how many voters said they know their councillor according to results from week seven of the eNCA poll in the City of Tshwane.

JOHANNESBURG – The African National Congress (ANC) has lost two percentage points support in the City of Tshwane. The governing party is now polling at 23 percent while the Democratic Alliance (DA) holds onto the lead with 40 percent.

INFOGRAPHIC: Sort through eNCA poll results for the City of Tshwane according to age, race and income demographics.

Support for the Economic Freedom Fighters (EFF) remains the same as last week at 13 percent.

The number of undecided voters increased by one point to 14 percent.

Smaller parties in all three metros are losing support, but the African Christian Democratic Party (ACDP) is ahead of other smaller partiies, polling at 1.2 percent this week.