POLLS: Can the ANC beat the DA in three key metros? 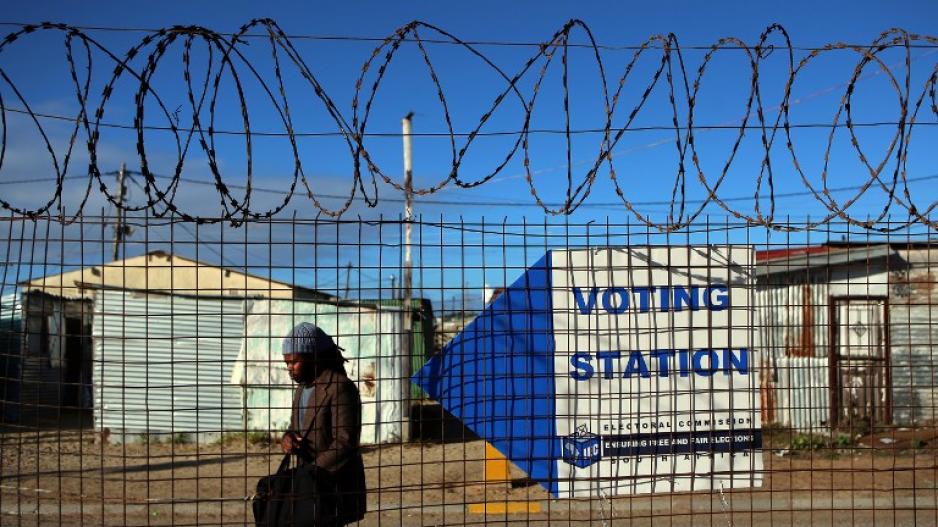 A woman walks in front of an Independent Electoral Commission (IEC) voting station in Khayelitsha shortly before voting opened. As election fever sweeps through the country, the law enforcement can once again assure our communities are safe.

JOHANNESBURG - The first in a series of polls from research group Ipsos South Africa shows that the battle for power in Tshwane, Johannesburg and Nelson Mandela bay will be closely contested.

The first eNCA poll was conducted on 6 and 7 June and shows that there is a small margin of difference in each city between those who said they will vote for the African National Congress (ANC) versus the Democratic Alliance (DA).

In Nelson Mandela Bay and in the city of Tshwane, more respondents said they will vote for the DA rather than the ANC.

* Please note: The orange bar, depicts who the people surveyed, said they voted for in the 2014 elections. It does not reflect the final 2014 results.

Only in the city of Johannesburg do more people say they will vote for the ANC than the DA. The difference is small, at only two percentage points.

The election results could still change, as in each city between 17 and 21 percent of respondents are undecided about who they will vote for.

The Economic Freedom Fighters (EFF) have also claimed support in the upcoming elections, with most support for the party coming from Tshwane and Johannesburg.

What may be a concern for the ANC is the rate at which it is losing support in these three metros. The new pole results have been compared to who respondents said they voted for in the 2014 national elections.

According to the poll results, the governing party lost the most support in Tshwane and Johannesburg.

Ipsos researchers say there is also a percentage point margin of error in the results.

Also included in this initial poll are questions on the respondents&39; reasons to vote.

In all three provinces, most people selected the main reason to vote for the ANC as, "This is the only party for me/I believe in this party."

The most popular reason to vote for the DA in all three cities was, "This party can make a difference in my life/I believe their promises."

Respondents also chose this as the main reason to vote for the EFF overall. However the option "This party is radical, I want radical change," was the second most popular reason for people who voted for the EFF.

The poll also includes party sentiment and respondents were asked in all three cities if they felt positive or negative towards certain political parties.

Overall the DA scored highest for positive sentiment, with the ANC second.

The party with the highest negative sentiment rating was the EFF in Tswane, the Congress of the People in Johannesburg and the Inkatha Freedom Party in Nelson Mandela Bay.

A new set of results will be published every Thursday at 18h30 leading up to the elections.

Click here to read more about specific results of the first poll in the three cities:

The poll is conducted by leading political polling company, Ipsos and is based on just over 1500 cellphone respondents across the three cities. Polling is conducted on a Monday and Tuesday.