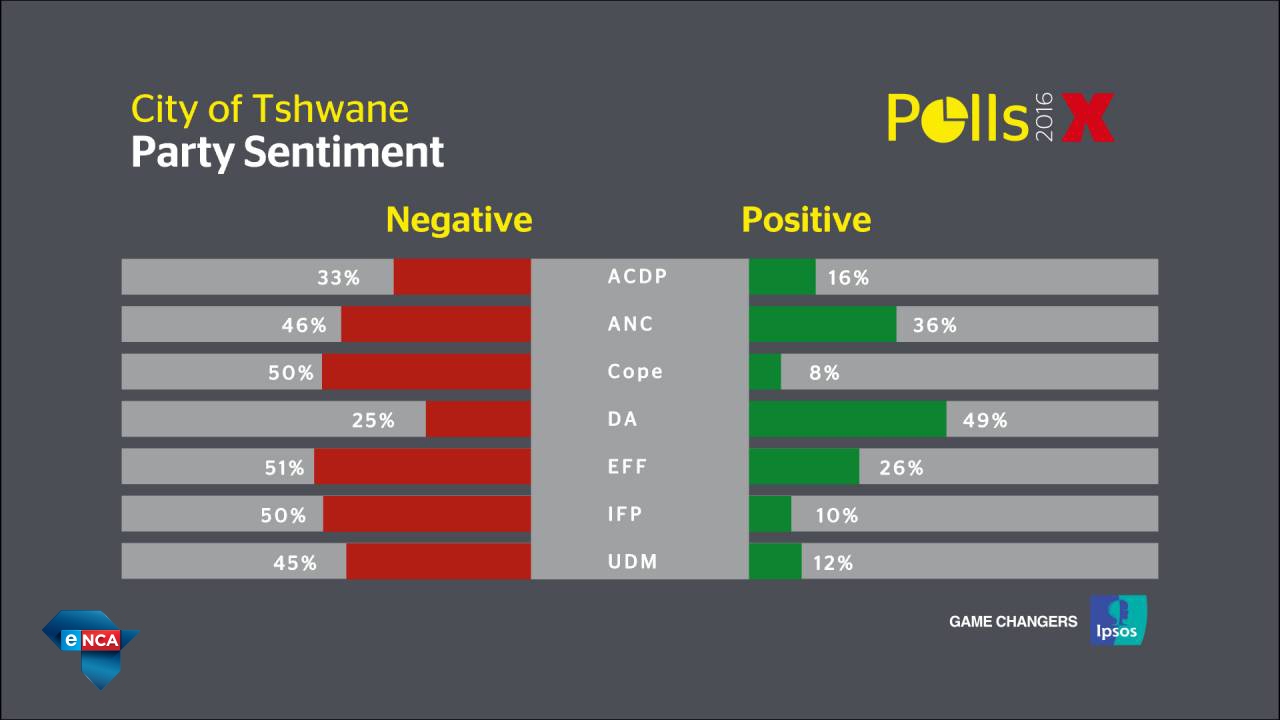 A graphic showing the party sentiment for people questioned in the City of Tshwane on 6 & 7 June 2016 in the eNCA/Ipsos poll.

JOHANNESBURG – South Africa’s main opposition party, the Democratic Alliance could become the party that rules the country’s capital, the City of Tshwane, in the 2016 municipal elections.

Tshwane has more than 2.9 million residents and is home to Pretoria and the Union Buildings.

The poll was conducted on 6 and 7 June and these results were compared to respondents voting patterns in the 2014 national elections.

However the result could still change as 17 percent of voters remain undecided about who they will vote for.

Ipsos researchers say there is also a 1.5 – 5.5 percentage point margin of error in the results.

The survey also included a selection of reasons why people choose to vote for particular parties.

In Tshwane, the Economic Freedom Fighters was the party that received the most votes from people who believe they will create jobs. The DA received a low score where the reason to vote was “My family has supported this party for years/its part of my heritage.”

Most people who said they would vote for the ANC chose the reason, “This is the only party for me/I believe in this party.”

Poll results in Nelson Mandela Bay and Tshwane showed a similar trend with respondents also selecting this option as their main reason to vote for the ANC.

In Tshwane the survey group included more women than men, was mostly working people, the majority of which were in the age group 35 – 49.

Click on the links below to read more about the poll results in Johannesburg and Nelson Mandela Bay.

- POLLS: Tight race between ANC and DA in Nelson Mandela Bay
- POLLS: ANC leads by a small margin in Johannesburg