Polony plant in Free State has no sign of ST6 Listeria: RCL Foods 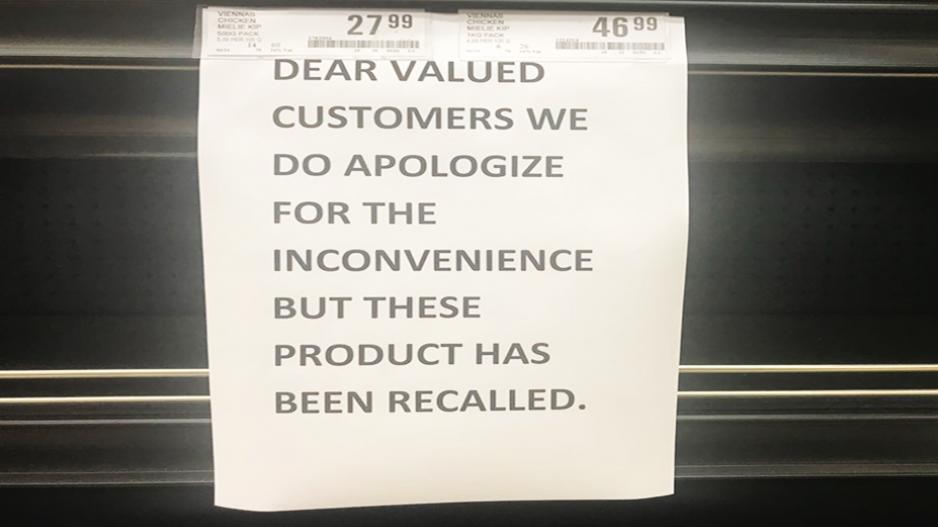 Polony and Russians or any related cold processed meats have been flagged as dangerous after more than 900 cases of listeriosis.

CAPE TOWN - RCL Foods said in a statement on Friday that its Wolwehoek polony plant in the Free State, one of those identified as a possible source of the listeriosis outbreak, is clear of the ST6 listeria strain which was implicated in the outbreak.

RCL Foods said, "Tests conducted by an independent laboratory in France, which is considered to be a leading expert in this field, have shown that the plant is clear of the ST6 listeria strain.

"Rainbow polony products from the Wolwehoek plant were recalled as a precautionary measure and the plant has been temporarily closed. The recall does not affect any other RCL Foods facilities or products, including fresh and frozen Rainbow chicken."

READ: Three major mistakes Tiger Brands made in response to the listeriosis crisis

The company expressed its "heartfelt sympathy" to all those affected by the outbreak.

RCL Foods noted that it would "continue to support national efforts that take the message about food safety and listeria to as wide an audience as possible... we will continue to review and further entrench our safety policies and procedures."