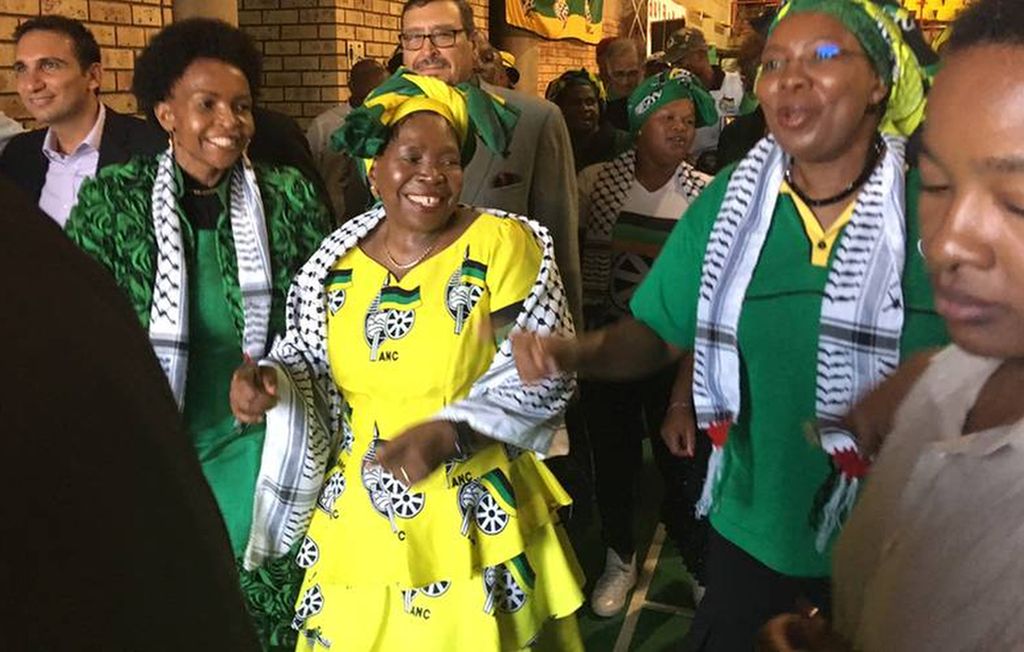 JOHANNESBURG - The backlash against South African President Jacob Zuma's shock reshuffle has intensified pressure on him to resign ahead of the 2019 general election.

READ: What's at stake in the ANC 'succession' race

Here are four of his possible successors:

Cyril Ramaphosa, a 64-year-old veteran with strong anti-apartheid struggle credentials, came strongly against the cabinet cull which he described as "totally unacceptable".

Known as an astute negotiator, Ramaphosa was a senior member of the ANC delegation in the historic talks that led to the country's first democratic elections in 1994.

He was also involved in the drafting of the country's constitution in 1996.

Ramaphosa may lack Zuma's charisma but he appeals to the corporate world, who see him as a steady hand with a business background.

He is also relatively untainted by corruption scandals.

The Soweto-born leader left active politics in 1997 to form a business empire that turned him into a millionaire through deals under the country's black economic empowerment laws that require investors to partner with non-white shareholders.

Since his return to politics in 2007, he has steered clear of factions.

But he issued several public expressions of support for finance minister Pravin Gordhan, who was finally ousted on Thursday after months of pressure from Zuma.

Ramaphosa's candidacy has received the backing the trade union federation Cosatu, which has weakened in recent years but remains influential.

Nkosazana Dlamini-Zuma, the country's first post-apartheid health minister under Nelson Mandela, is seen by many as a strong contender, although she is currently not a member of parliament.

The experienced technocrat, Dlamini-Zuma, 68, has been away from the local political scene since 2012, when she was elected chairwoman of the African Union Commission.

Some critics believe that her lengthy absence might count against her in the race.

Prior to taking up the AU job, she was minister of home affairs and later foreign affairs.

A medical doctor by training, Dlamini-Zuma rose through the ANC student politics and was from the 1970s exiled in a number of countries including Swaziland.

But despite her sterling career in government and the ANC, Dlamini Zuma is not widely popular among ordinary South Africans.

She was married to Zuma for 16 years and they divorced in 1998, after having four children. Her association with the Zuma name could make or break her rise to the top.

Known for her stern personality, Dlamini Zuma hails from the same KwaZulu-Natal province as her ex-husband.

ANC treasurer-general Zweli Mkhize is seen as a dark horse among possible successors.

He is a close Zuma ally and is described as a skillful behind-the-scenes strategic operator. The politician, who holds the purse strings of the party, is also from KwaZulu-Natal province.

A medical doctor by training, Mkhize, 61, boasts the proud anti-apartheid credentials often possessed by politicians of his era, and spent years in exile.

He has served in top regional structures of the ANC in KwaZulu-Natal, from being a regional minister of health from 1994-2004 to premier between 2009 and 2013.

As the person in charge of ANC funds, Mkhize was forced to explain the party's financial dealings through its 25 percent stake in Hitachi Power Africa.

Hitachi was in 2007 awarded a lucrative contract to provide state-owned power generator Eskom with boilers for the construction of two power station.

The ANC sold its stake in Hitachi Power Africa in 2014.

Baleka Mbete, the 67-year-old speaker of parliament, rose to prominence in 2008, when she was appointed South Africa's deputy president after the sudden recall of President Thabo Mbeki.

Opposition party Democratic Alliance has called for her resignation as speaker of parliament,  accusing her of not being impartial.