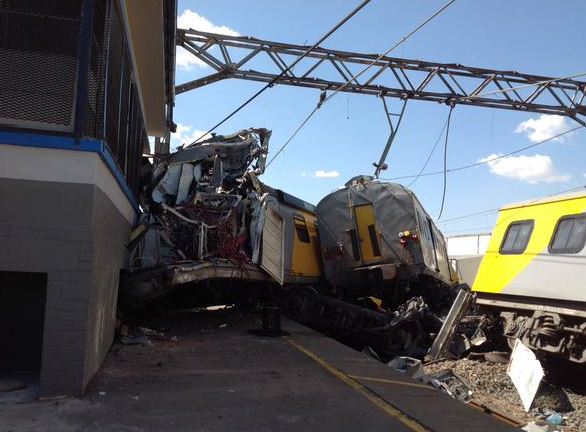 A safety officer was killed after a Business Express with about 200 people on board rear-ended a stationary Metro Plus train carrying 700 people.

JOHANNESBURG - The Passenger Rail Agency of SA (Prasa) has set aside R25 million to assist those injured in Tuesday’s train crash.

Prasa CEO Lucky Montana said the fund will assist individuals admitted to hospital for minor injuries. The payout will start from R7 500 to a maximum of R15 000, depending on the nature of the injuries.

“People can register their claims from today at the Pretoria station or Park Station.

“This R25 million does not include medical costs.

“Prasa will pay for medical bills separately. Those who went to Milpark, Hillbrow or Charlotte Maxeke and used their medical funds should not be worried, Prasa will take care of their medical costs,” said Montana.

From the injured, only five are still in hospital. The five will not be covered in the raised R25 million, Prasa will deal with their case separately.

A female Metrorail safety officer died on the spot.

Prasa said the route will remain closed for three to four days.

An alternative bus service has been arranged for commuters.

The cause of the accident is not yet known.