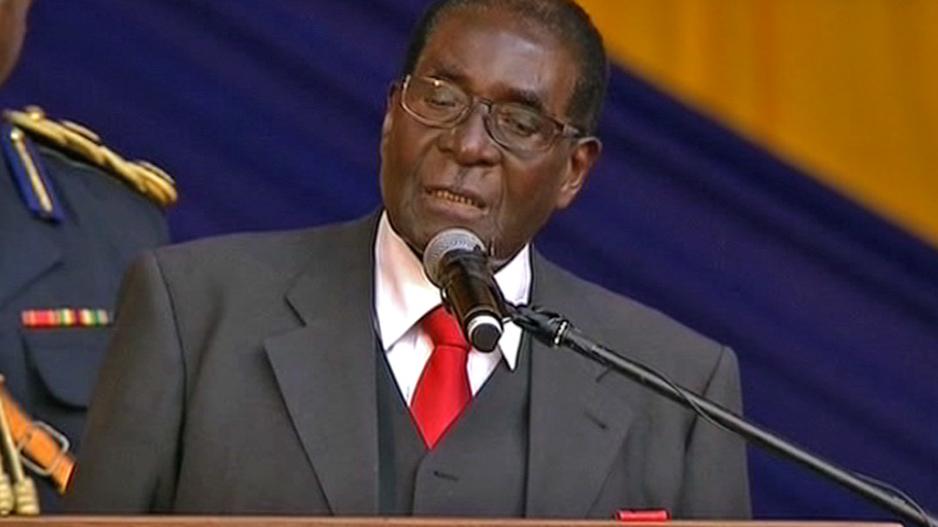 FORT HARE - Zimbabwean president Robert Mugabe was greeted with a standing ovation as he ascended the podium to address the crowds at the Fort Hare centenary celebrations on Friday.

The 92-year-old president mentioned some of the historical events and leaders associated with the university as well as his background with the institution..

Mugabe remembered the role that Fort Hare played in shaping the minds of political leaders who grew to prominence during the struggle against apartheid and oppression, including former president, Nelson Mandela. He spoke of his experiences of colonialism, racism, oppression, and injustice during his time at the institution in the 1950&39;s.

Recounting a conversation that he shared with Mandela, Mugabe said,"he [Mandela] said we shall not revenge. We shall pursue a national policy of reconciliation." Mugabe then discussed the importance of economic equality which he stated must achieve parity with political equality.

"Inequality must go. The young people coming up are impatient – they will make it go," he said to loud applause.

Mugabe described the impression among other tertiary institutions that Fort Hare was an inferior university, based on the volume of African students that were allowed to study there and alluded to opinions that people held that African students were unable to study abstract subjects.

He spoke about the students that have been allowed to study at South African universities and Fort Hare in particular due to presidential scholarships and expressed his gratitude to the South African government for facilitating the enrolment of Zimbabwean students.

Mugabe also spoke of the need to accelerate gender equality, particularly in education

The president concluded his speech by congratulating UFH for celebrating 100 years and expressed his hope that the university would continue serve the continent for another century.