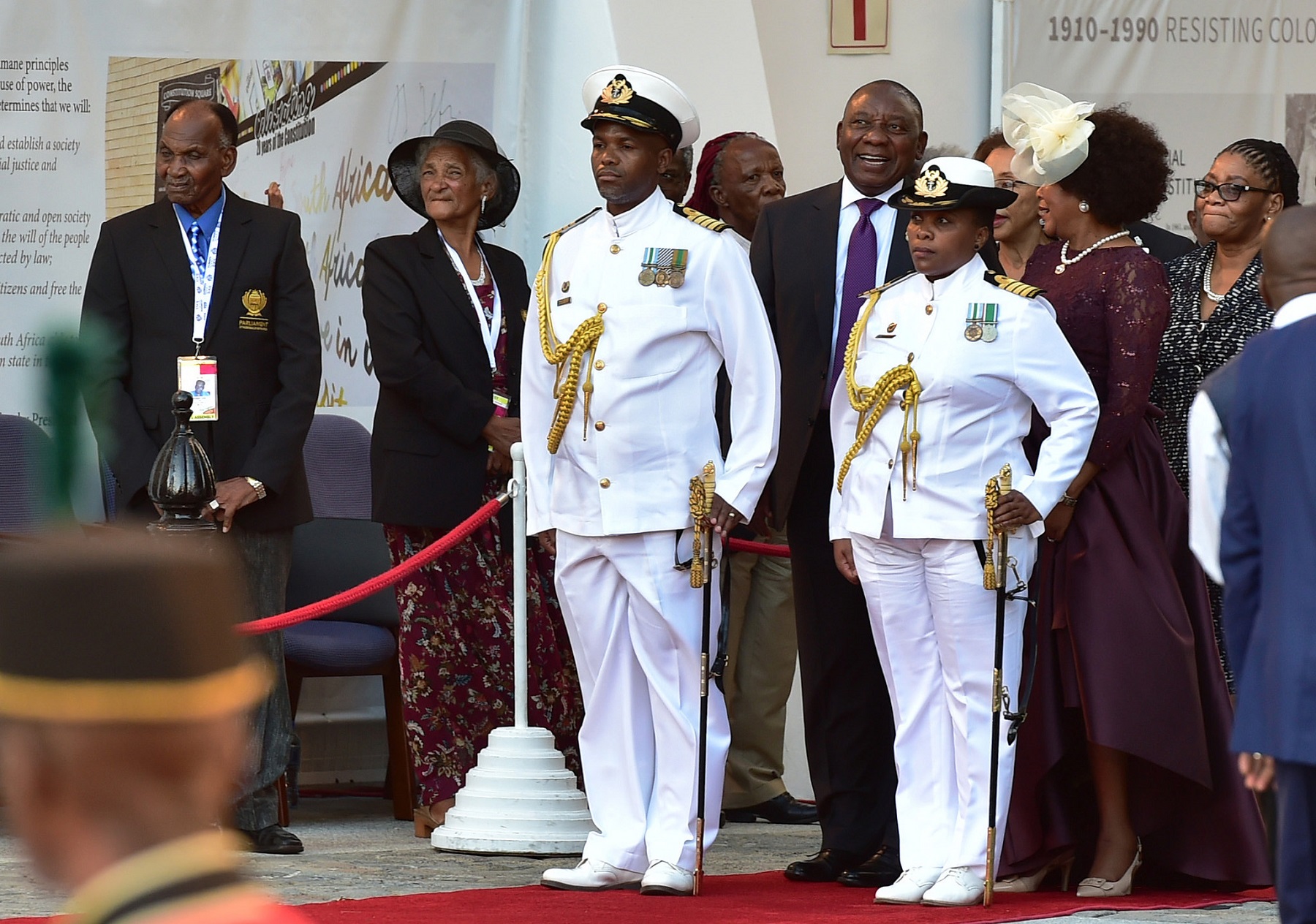 President Cyril Ramaphosa surrounded by members of the armed forces ahead of the State of the Nation Address 2018.

KIMBERLEY – President Cyril Ramaphosa praised the country’s armed forces for respecting the supremacy of the Constitution “without any appetite for senseless bloodshed”, while the ANC changed leadership.

Ramaphosa was addressing an interfaith service in Kimberley on Sunday as the new Commander in Chief of the South African National Defence Force (SANDF).

The event was part of a build-up to the official commemoration of Armed Forces Day on Thursday.

Ramaphosa said Armed Forces Day celebrations carry special meaning this year as the SANDF “again confirmed the depth of the roots of our democracy and the flourishing of Constitutional order.”

On Wednesday, during an interview with the SABC and hours before his resignation, former president Jacob Zuma made a veiled threat about possible violence if the ANC removed him.

Ramaphosa said there was no bloodshed during the changeover because the defence force is “led by wise women and men who abide to the ideal of the supremacy of the Constitution and the rule of law.”

This year’s Armed Forces Day remembers the victims of the SS Mendi tragedy. Hundreds of soldiers, most of them black South Africans, died in 1917 when the boat they were travelling in sunk in the English Channel. They were on their way to fight in World War 1.

Ramaphosa said Thursday’s commemoration “reminds us that blood was spilt by countless South Africans and freedom fighters to guarantee us our freedom and human rights.

“It is a reminder that brave men and women continue to put their lives on the line to secure and hard-won freedoms and defend our Constitution,” he told members of the SANDF.

“A truly national defence force for all South Africans that guarantees that its tanks and guns will never again roll into townships and suburbs to fight against the very same people it was established to protect.”