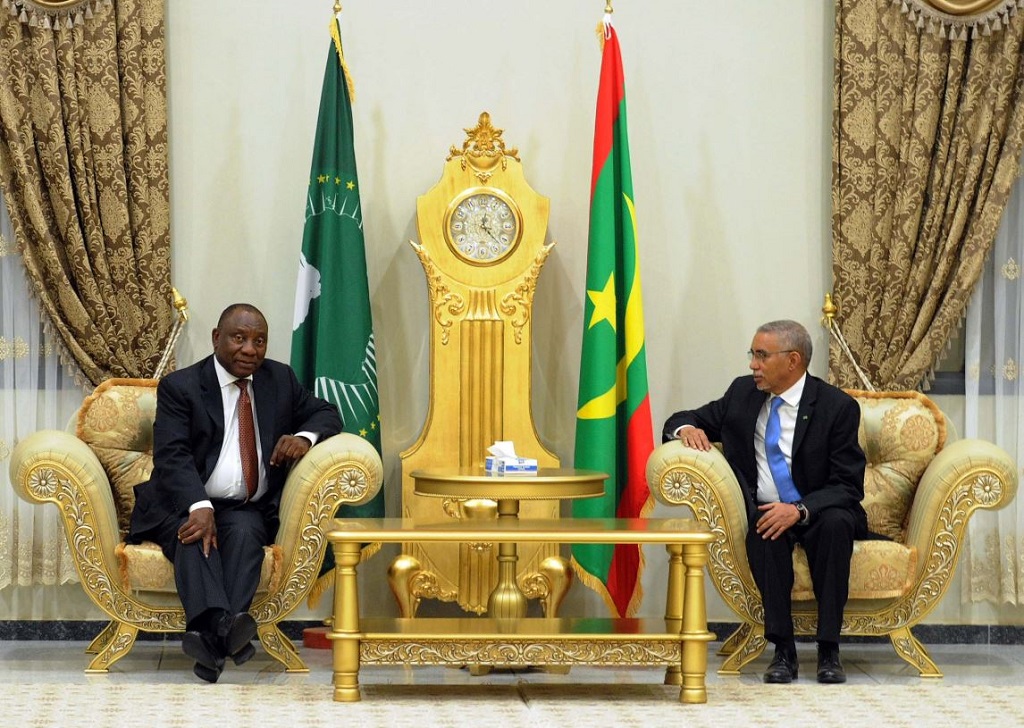 President Cyril Ramaphosa received by Mauritanian Prime Minister Yahya Ould Hademineon on arrival at the Nouakchott International Airport ahead of the 31st AU Summit in Mauritania.

NOUAKCHOTT - South African President Cyril Ramaphosa has arrived in the Mauritanian capital Nouakchott for the 31st ordinary session of the assembly of African Union (AU) heads of state and government on July 1 and 2, the presidency said on Saturday.

"This AU summit is expected to deliberate on a number of issues, including the institutional reform and financing of the African Union; peace and security on the continent; developments related to the African continental free trade area (AfCFTA); the African common position on negotiations of a new co-operation agreement between the African, Caribbean, and Pacific (ACP) developing countries, and the European Union (EU) post-2020, and the adoption of the 2019 African Union budget."

On Saturday, Ramaphosa will participate in a meeting of the African Union high-level ad hoc committee on South Sudan on the margins of the summit. He is also expected to participate in an event to mark the centenary celebration of former president Nelson Rolihlahla Mandela.

Massmart could close over 30 stores in SA