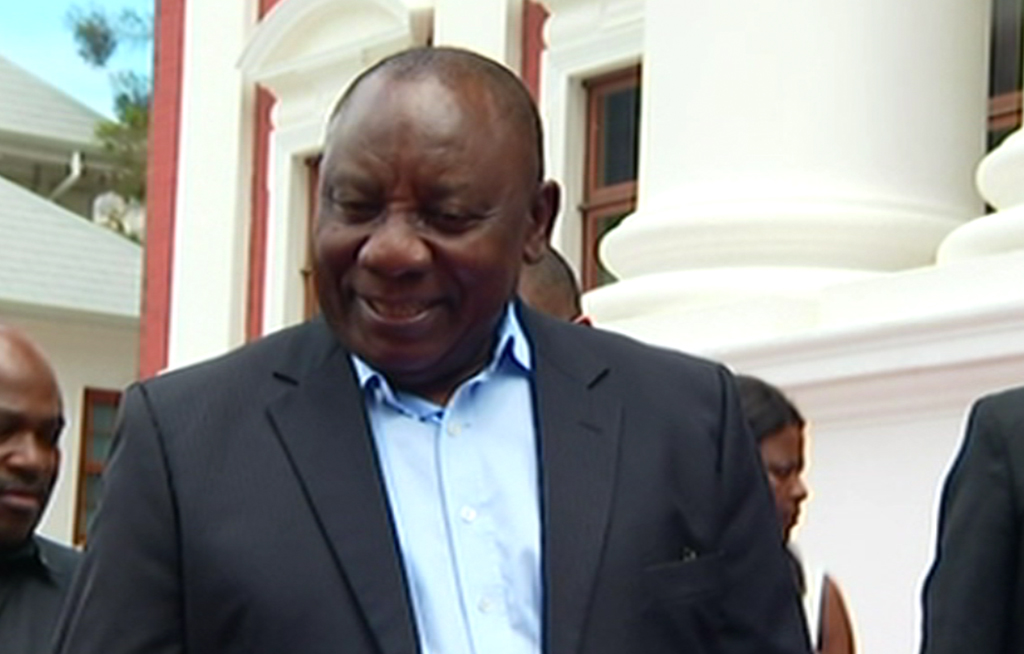 President Cyril Ramaphosa is upbeat ahead of delivering his maiden State of the Nation Address this evening.

JOHANNESBURG – President Cyril Ramaphosa is in high spirits ahead of his first State of the Nation Address (SONA), set to take place on Friday evening.

The SONA, which was postponed earlier in the month amid pressure for Jacob Zuma to resign, will be a full ceremonial occasion.

Parliament said it is ready for the ceremony, despite its hasty organisation after Zuma finally stepped down on Wednesday evening.

LOADING... SONA2018 to be addressed by the newly-elected President of the Republic Hon CyrilRamaphosa will be held on 16 February 2018 @19:00

Ramaphosa was elected president by Parliament on Thursday and sworn in the same day by Chief Justice Mogoeng Mogoeng.

The President has posted images on Twitter showing the president putting the final touches on his speech.

President Cyril Ramaphosa putting final touches to the SONA 2018 Speech at his official residence in Cape Town ahead of the State of the Nation Address this evening pic.twitter.com/SftD7Cx2Cy