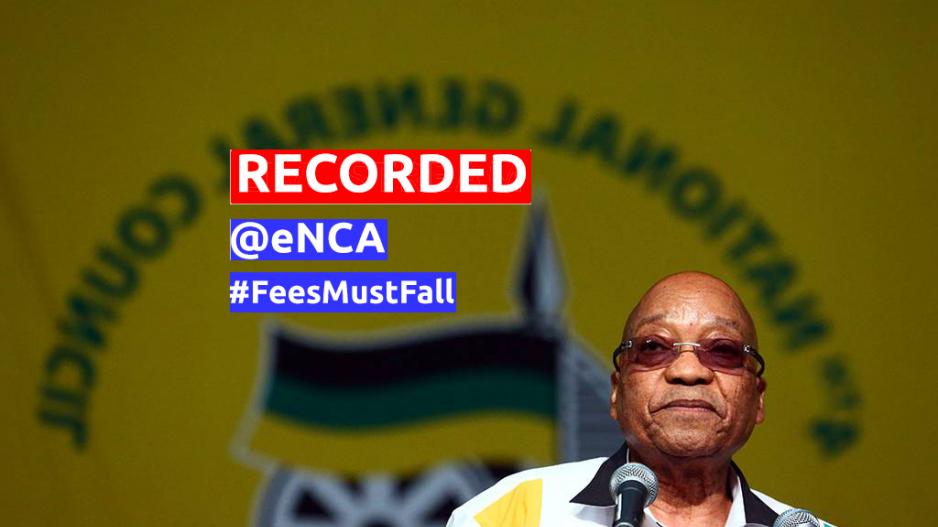 PRETORIA - At just after 3pm, President Zuma heard the nation and announced that there would be no university fee increases for 2016.

Zuma said, "On the matter at hand, we agreed that there will be a 0% increase of university fees in 2016."

"We have agreed that the Vice Chancellors will extend the time of the examinations period."

Zuma said that in the long term, there is a package of issues that was raised at the meeting that need to be followed up.

He said these issues included free education and handling back debt, to mention a few.

Zuma said, "A presidential task team has been established to look at all these and other broader transformation issues  affecting higher education.

"We will seek solutions that are in the best interest of the country."

Thousands of students on Friday marched and were bus-driven to the Union Buildings to listen to President Jacob address the issue of high university fee hikes.

In a movement that has swept across South Africa, protesting students have demanded a 0% fee increment and others have also called for free tertiary education.

The situation became chaotic at the south lawns of the Union Buildings as some protesters tried to force their way in.

Fires were also set at two separate places close to the palisade fence.

A crowd managed to break down some of the barriers and threw stones at police from outside, with others even attempting to go over the fence.