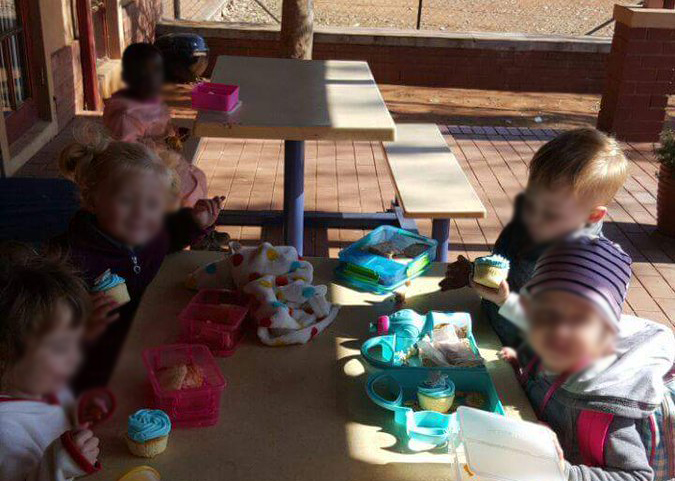 Children around a table at creche with a black child excluded at the table.

JOHANNESBURG – A Pretoria pre-school is the subject of racism after a black parent voiced her complaint on social media for the way her daughter was treated.

The mother took to Facebook and alleged her child was separated from her white class mates at the Koetjes en Kalfjes Heritage Hill Campus.

“[m]my beautiful 19 month year old is made to sit on a table by herself whilst the rest of her class sits cosy on the table next to her, indulging on delectable spread and my poor child sits with just her lunch tin,” the mother wrote on her Facebook wall.

“I was livid and outraged when the school sent this to me. Whilst my office is 20mins away I sped to collect my child at an instance and remove her from the school immediately. I have never been so livid, outraged , disappointed in all my life. [I] i can&39;t help but think what kind of people can subject such hate to a mere 19month year old child,” the mother said.

Gauteng MEC for Education Panyaza Lesufi, on Thursday paid the pre-school a visit.

I am here! Just arrived at this problematic pre school pic.twitter.com/s830heP0sZ

Lesufi pledged on social media to resolve the matter.

It would also appear that the school&39;s website was taken down.

The department of education said it would provide an update on Lesufi&39;s visit to the school.

Attempts to reach the crche were unsuccessful.

Feedback 1: I am here at the school with the Principal. All kids are white taught by white teachers. Blacks are just maids here! Disgusting

Feedback 2: we have to act decisively so I&39;ve assigned a social worker to immediately do what is right

I am going there at 1pm today! They must explain this nonsense to me https://t.co/msYAOvLmxK