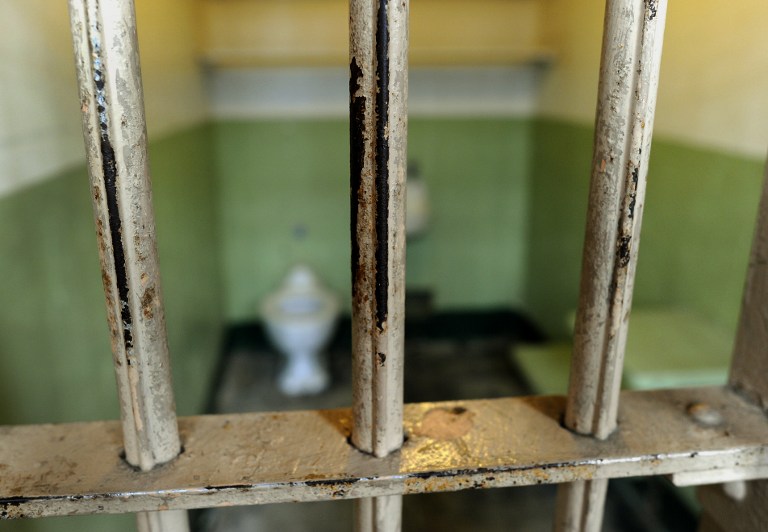 File photo showing the worn bars of a prison cell.

JOHANNESBURG - A Pretoria man who claims that fellow detainees in police cells spent a night raping and assaulting him after he was unlawfully arrested, is suing police minister Nathi Mthethwa for more than R1 million, Beeld reported on Monday.

According to the victim&39;s lawyer, Robert van Wyk, his client -- who lived in Brooklyn and was expected to testify on Monday -- was extremely traumatised and humiliated by the attacks.

He reportedly had to undergo three courses of anti-retroviral drugs to combat HIV.

The plaintiff was arrested on September 16, 2011 at the Rustenburg Mall on charges of human trafficking and taken to the Rustenburg police cells where he was detained in a cell along with about 20 other men.

He alleged that they stripped him, sexually assaulted him, raped and severely beat him until 6am the next morning.

He asked police several times the next day to see to his needs and told them that he had been assaulted and raped, but they reportedly did nothing and refused to allow him to call his family.

Police had denied all the allegations.