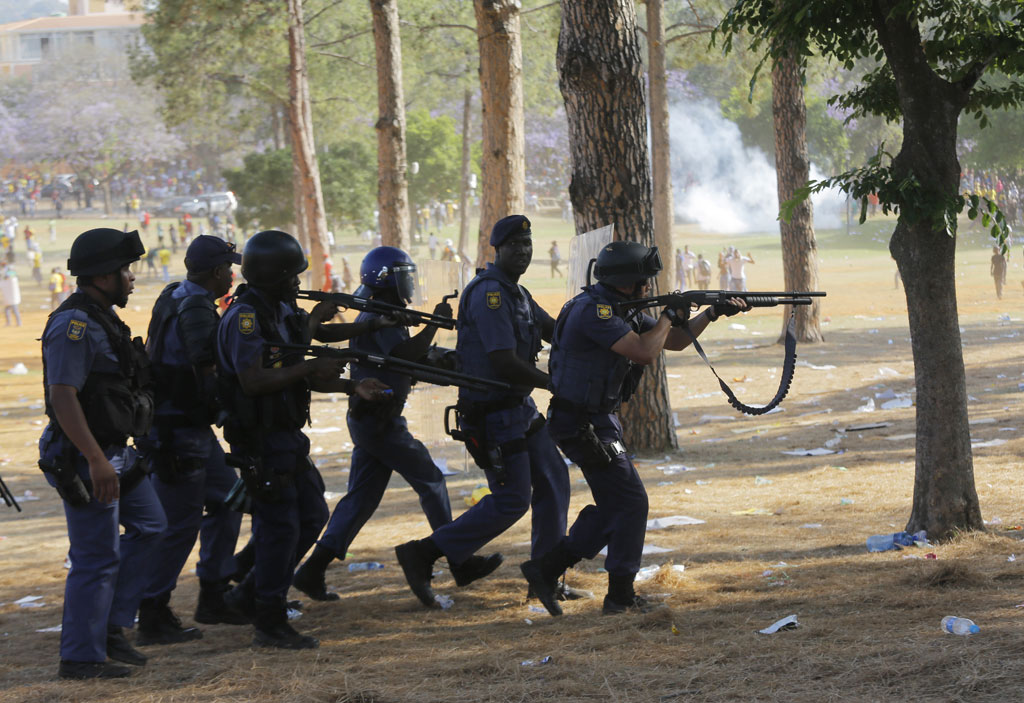 Police forces fire at protesters at the Union Buildings during another day of demonstrations against fee increases at universities, Pretoria, South Africa, 23 October 2015.

PRETORIA - Seven students were arrested for "public violence" according to a source at Sunnyside police station on Friday.

The source said the students will remain in police custody until Monday, when they will go in front of a magistrate.

Thousands of students protested over expensive university fees at the Union Buildings in Pretoria on Friday.

What had been punted as a peaceful protest degenerated into chaos after President Jacob Zuma failed to address the protesting students directly.

Zuma opted to make an announcement of a 0% fee increment for 2016 to media from inside the Union Buildings as opposed to on the grounds, in front of students, as had been planned.

Many students were unhappy with this and some began vandalising property, including burning portable toilets and throwing rocks at police.

Two police cars were burned down in the aftermath of the protest.

The Socio-Economic Rights Institute has called for the release of the seven students arrested.

The institute claims they&39;re being detained, without charge, at Pretoria&39;s Sunnyside police station.

Police spokesperson Vish Naidoo confirmed six of the students have been detained for public violence, and one for looting.