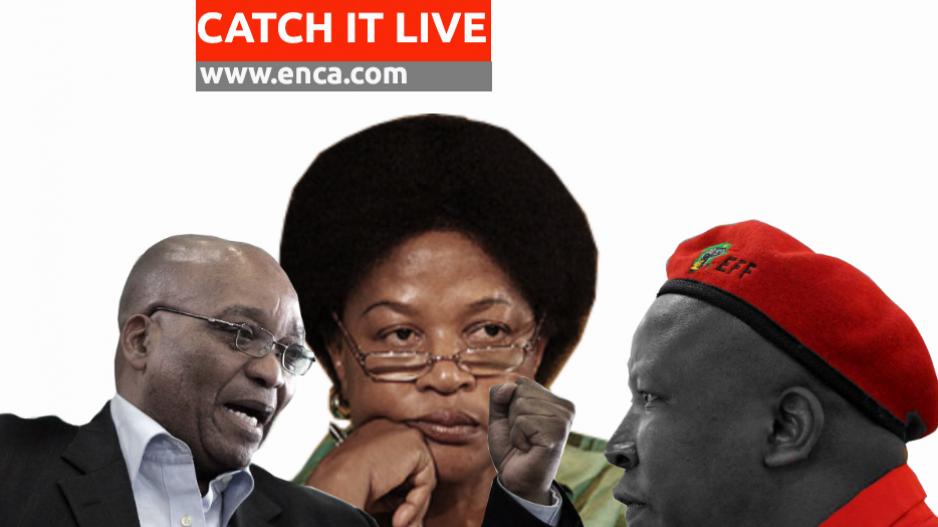 Ed note: This live stream is now over. You can watch the recorded proceedings in the gallery above.

PARLIAMENT - President Jacob Zuma returned to the National Assembly on Thursday for an oral question-and-answer session with MPs.

In light of the recent disruptions, parliament recently adopted a new rule that will see disruptive MPs physically removed from the House.

The decision was supported by all the political parties in the National Assembly with the exception of the Economic Freedom Fighters, whose members of Parliament have disrupted plenary sessions at least four times in the past year.

The new rule will also introduce an automatic suspension for an MP or MPs who have been kicked out of the House. The MP or MPs would be escorted off the precinct of Parliament by the Parliamentary Protection Services and by the police if necessary, and would not be allowed in the precinct for a period stipulated in the rules.

HAVE YOUR SAY IN THE COMMENT SECTION BELOW: What do you think of MPs behaviour today - are the members being honourable?

Must be so many questions with no answers. ZumaQAndA

ZumaQandA what events will unfold today in Parliament?Can just imagine the President nd Speaker stressing nw..Go get them Juju! :-)