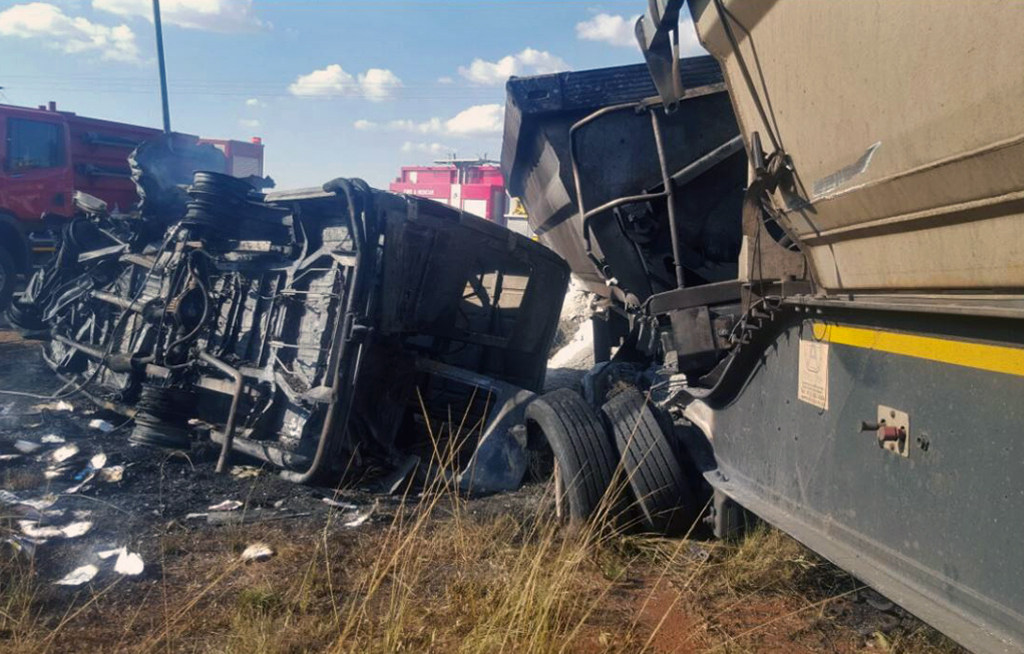 21 April 2017 - Up to 20 school children were killed when a taxi collided head-on with a truck on the R25 between Bronkhorstpruit in Gauteng and Verena in Mpumalanga.

JOHANNESBURG - Condolences have been pouring in after Friday’s deadly crash near Bronkhorstspruit in Gauteng.

Eighteen pupils and two adults were killed. The majority of them were primary and high school pupils on their way home.

Seven pupils who were saved from the wreckage are recovering in hospital, and two of them are in a critical condition.

The families of the children killed in Friday’s crash will identify their remains on Saturday morning.

An eyewitness described the scene, saying he pulled one of the children from the burning vehicle.

President Jacob Zuma says he&39;s saddened by the tragic accident, adding that authorities should work swiftly to determine its cause.

Officials suspect the crash occurred when the driver of the minibus taxi, who died in the crash, made an error in judging the speed of an oncoming truck.

Government officials have met the families of the victims and say they will assist with funeral arrangements.

“We managed, jointly with the Mpumalanga government, to establish a funeral committee that will sit on Sunday," said Gauteng Education MEC Panyaza Lesufi.

"It’s quite clear from the scene that some of the bodies will need special DNA tests for them to be verified because of the nature of the accident”.

“I have never witnessed motionless bodies of children like this. I am deeply saddened,” says MEC @Lesufi LearnerAccident

Investigations are still ongoing to determine the exact cause of the accident.