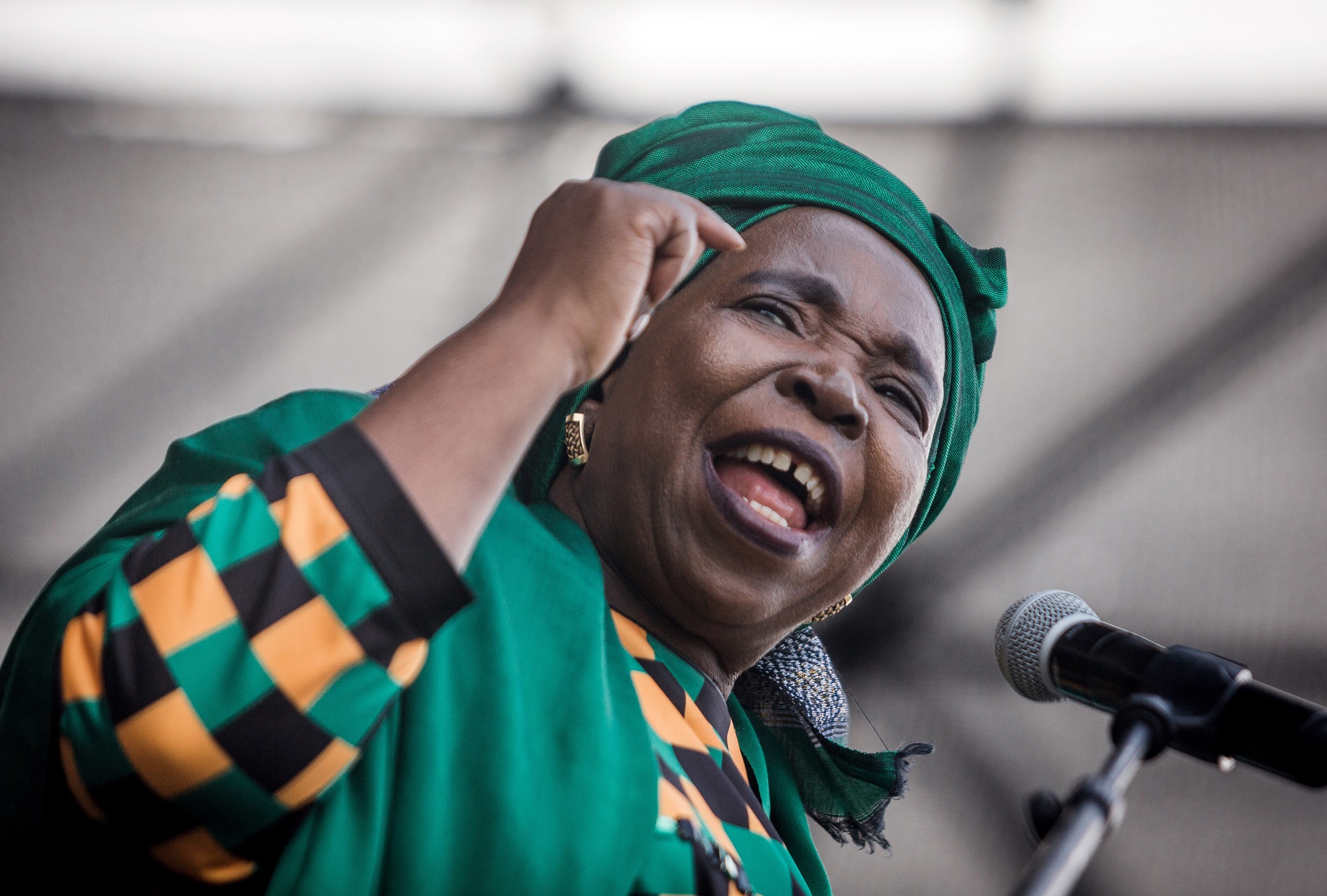 Nkosazana Dlamini-Zuma is a front-runner in the race for South Africa's ruling party leadership.

Dlamini-Zuma is an African National Congress (ANC) veteran and an experienced technocrat who has served as a minister under every leader since the end of white minority rule in 1994.

She became one of the most experienced ministers of the democratic post-apartheid era, holding the home affairs, health and foreign affairs portfolios.

She was also chair of the African Union Commission until earlier this year, but running for the ANC top job is her biggest challenge yet, with victory putting her in line to become the next president of the country.

Her former husband, with whom she has four children, is fighting multiple corruption scandals and is blamed for many of the country&39;s economic and political problems.

As a result Dlamini-Zuma (68) has been forced to defend herself against critics who say her elevation would mean the continuation of Zuma&39;s rule -- and that she could shield him from possible criminal prosecution.

Speaking to AFP recently, she angrily dismissed "offensive" criticism that she was her ex-husband&39;s hand-picked successor.

Neither the ANC nor South Africa have yet had a woman leader and Dlamini-Zuma winning the party leadership at a conference starting on Saturday would be a ground-breaking moment for the African continent.

Zuma has thrown his weight behind her, describing her as "bold" and "someone you can trust". But critics are yet to be convinced.

"She is an enigma... a very difficult person to judge, simply because she has always operated under someone else&39;s shadow," said political analyst Susan Booysen.

"Her support is largely based on her husband&39;s constituency," she said.

Born 27 January 1949, in the eastern province of KwaZulu-Natal, Dlamini-Zuma took up politics in high school.

In the 1970s she went into exile, studying in Britain at the universities of Bristol and Liverpool, while helping organise the overseas anti-apartheid movement.

She met Zuma while working as a paediatrician at a Swaziland hospital and became the polygamist future president&39;s third wife in 1982.

When the ban on the African National Congress was lifted in 1990, she returned home.

After the end of apartheid in 1994, then president Nelson Mandela appointed her health minister.

She took the helm at a time when millions of people were dying from AIDS.

She did not hold the health brief under Mandela&39;s successor, Thabo Mbeki, who is accused of allowing the disease to advance through inaction and superstition.

In 1998, Dlamini-Zuma was criticised for suspending pilot trials on the use of anti-retrovirals to prevent mother-to-child HIV transmission, claiming they were "unaffordable".

But she championed HIV awareness schemes -- including "Sarafina II", a stage play that embroiled her in a corruption scandal over its cost.

South Africa&39;s graft watchdog ruled that she misled parliament over the project&39;s funding in a scandal that blemished her otherwise impressive record of public service.

Dlamini-Zuma, who divorced President Zuma in 1998, has received backing in her ANC leadership bid from several powerful corners of the party including its women&39;s and youth wings.

But, according to Carin du Plessis, author of "Woman in the Wings: Nkosazana Dlamini-Zuma and the Race for the Presidency", some foreign diplomats report "very negative" encounters.

"If she does not like you, she is not afraid to show you," Du Plessis told AFP. "I think she might be her own person as far as it comes to governance."

But Dlamini-Zuma has been muted on key issues like corruption, carefully treading the party line and delivering speeches that promise to push ahead with Zuma&39;s policy of "radical economic transformation" supposed to help poor black South Africans.

Known for her unsmiling demeanour and stern personality, she has campaigned hard for the ANC job, speaking at rallies across the country.

"She takes her work very seriously," said Prince Mashele, an analyst at the Centre for Politics and Research, who worked with Dlamini-Zuma&39;s ministry when she held the foreign affairs portfolio.

"She has the rare quality of putting up very good administrators, but I thought she could do better if she was a little more affable."