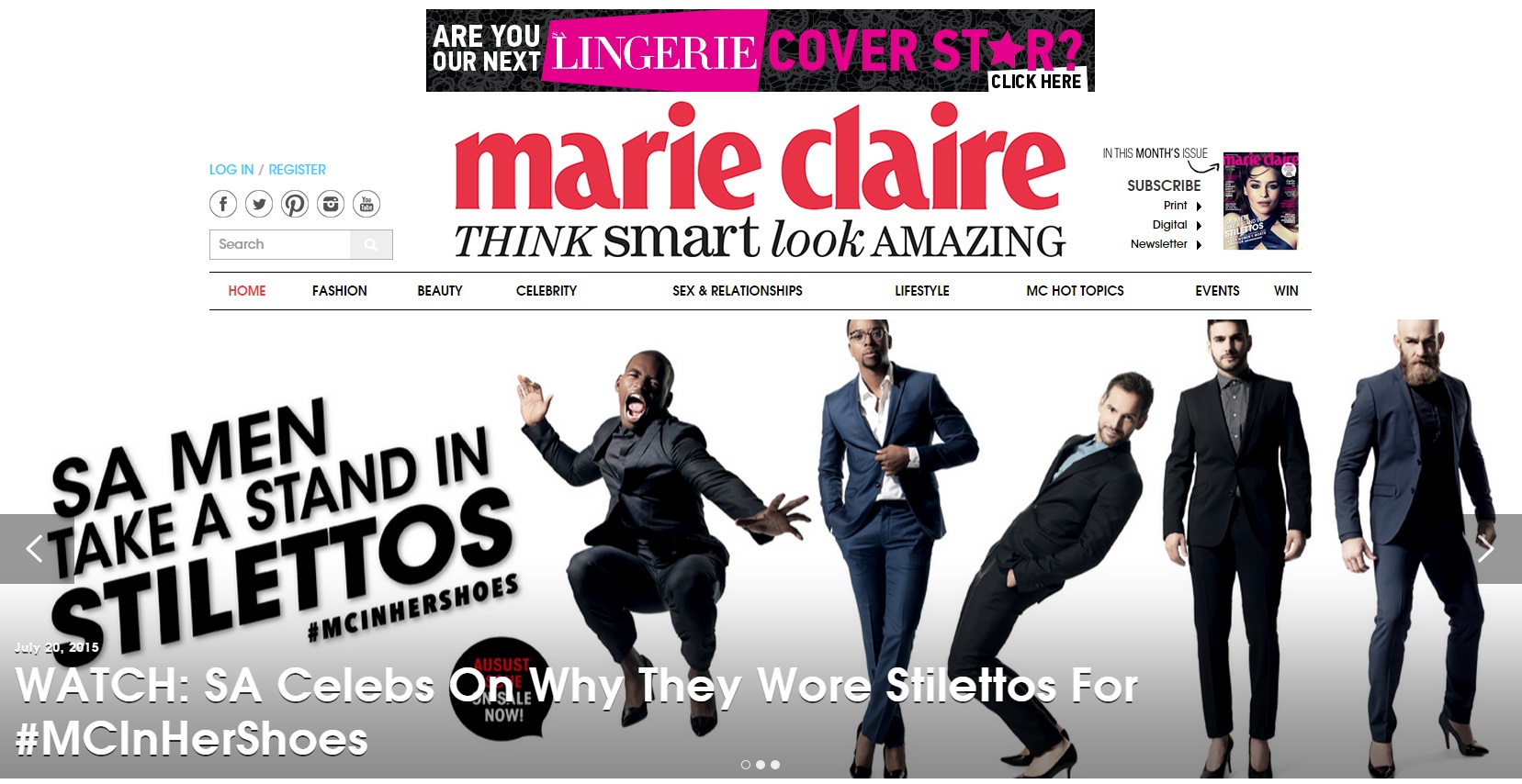 The ongoing MCINHerShoes by Marie Claire magazine in the run up to Women's month of August has raised more than just a few heels.

JOHANNESBURG - Marie Claire magazine&39;s ‘In her shoes’ campaign has created controversy and sparked critical debate on Twitter.
The ongoing MCINHerShoes by Marie Claire magazine in the run up to women&39;s month of August has raised more than just a few heels.
One columnist, Louise Ferreira slammed the campaign as being nothing more than a PR exercise for the magazine that promotes armchair activism or what many consider slacktivism. She goes further by criticising the actual men who are participating in the campaign, suggesting they are misogynists.
The Marie Claire campaign is set up to assist abused women and raise awareness around the issue, however, the issue doesn&39;t seem to be just one of debate or raising awareness and, according to many members of the public, appears to reduce the female experience to shoes.
Watch as Marie Claire editor, Aspasia Karras and Columnist Louise Ferreira debate the issues around the campaign in eNCA&39;s Johannesburg studios on Thursday evening.