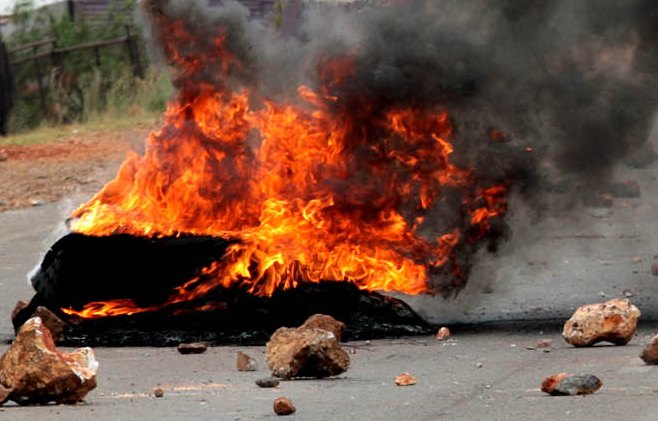 A protest on the R114, between Malibongwe and Cedar roads in Johannesburg turns violent when motorists dodge flying stones and burning tyres. File picture: Sapa/Werner Beukes

JOHANNESBURG – Police say the N12 east has been reopened, but the Golden Highway remains closed after fresh protests broke out in Eldorado Park in the south of Johannesburg on Monday morning.

At the crack of dawn, Union Road, Main Road, Golden Highway and the N12 were blocked with rocks and burning tyres

"Motorists should avoid that area and drive through Eikenhof or Soweto to get to the Johannesburg CBD," he said.

No arrests have been made and no injuries have been reported from the scene.

Minnaar said he could not confirm whether police have fired rubber bullets to disperse the crowd.

Several vehicles have been damaged.

Police visibility has been increased.

@eNCA Scene's from Eldorado Park early this morning before the rubber bullets pic.twitter.com/zzwkO5hX0e