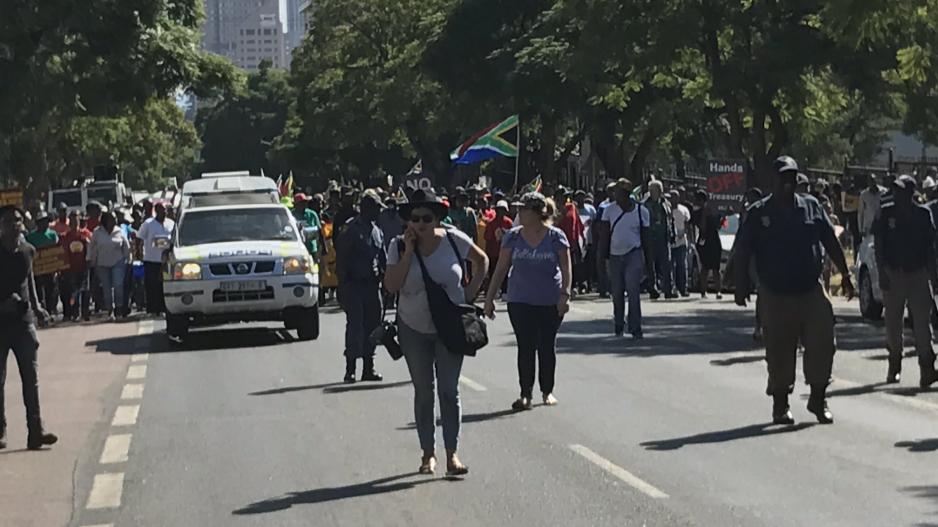 JOHANNESBURG - Calls for protest action have come from various organisations, including civil societies and political parties in response to the most recent cabinet reshuffle by President Jacob Zuma.

SaveSA, Outa, and the Democratic Alliance have all attempted to organise civil action through social media. A nationwide protest has been rumoured to be taking place on Friday, 7 April.

Protests have already begun in some parts of the country; SaveSA has coordinated efforts to occupy Church Square from Tuesday.

A photo opportunity for the few that have gathered at church square so far.#OccupyTreasury #SaveSA pic.twitter.com/e7POyQSyg8

Join us at Church square this week! We will be camping and occupying al week. join us and #occupychurchsquare pic.twitter.com/ujY3xHxhxQ

The Democratic Alliance said that they would march to Beyers Naude Square in the Johannesburg CBD on Friday, where they will hold a rally but changed plans on Tuesday afternoon.

“Following a meeting held this morning with members of the South African Police Service (SAPS), we have been informed that the SAPS will be unable to protect our marchers and ensure their safety from threats of violence from the ANC,” DA leader, Mmusi Maimane said in a statement.

“Numerous threats of violence have been received from the ANC’s Youth League, as well as certain branches within the ANC.”

The DA March for Change would now begin at the Westgate Transport Hub at 10am on Friday morning and end at Mary Fitzgerald Square, Johannesburg.

The general secretary of Cosatu, Bheki Ntshalintshali said they were still committed to the alliance between the union and the governing party and would not be supporting DA marches unless the DA marched against former party leader, Helen Zille.

Together we march! Friday 9am #Durban Circus site opposite the old drive-in. #ShutdownSA #OccupyTreasury pic.twitter.com/XVvoKuAglH

Colonel Athlenda Mathe, the spokesperson for the acting commissioner, Lieutenant General Khomotso Phahlane, stated that local authorities have received an application for a march on Friday, 7 April.

A meeting between authorities and the leaders of the march must still take place to confirm a programme of action and coordinate the deployment of police officers and other resources.

The march is planned to take place from Church Square to the Union Buildings in Pretoria.

NEXT READ: March against Zuma to go ahead, as planned