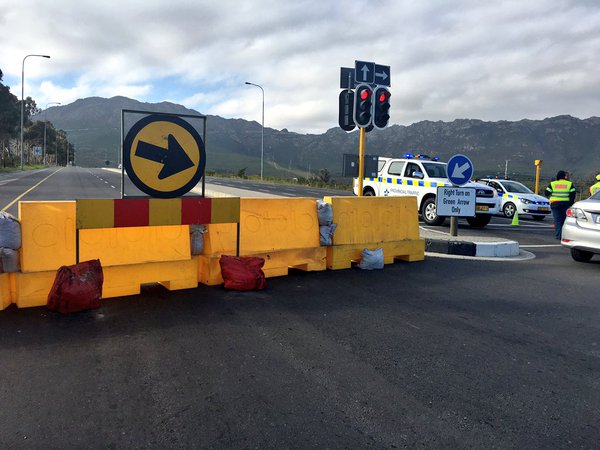 Residents of Grabouw informal settlement have been up all night protesting.

CAPE TOWN - Residents from Grabouw Informal Settlement in Pineview in the Western Cape are blockading the N2 highway.

Protesters said authorities want to move them from the land they are occupying.

They said they would disrupt the traffic on the national road until they were assured they would not be moved.

“The people are blockading roads because they have no place to stay. These people are backyard dwellers and skwatta camp people. When they went to the municipality, it doesn’t have answers for them,” said one of the residents.

* eNCA reporter, Athi Mtongana is on the scene at Grabouw. Follow her Tweets below, with images, videos and interviews: