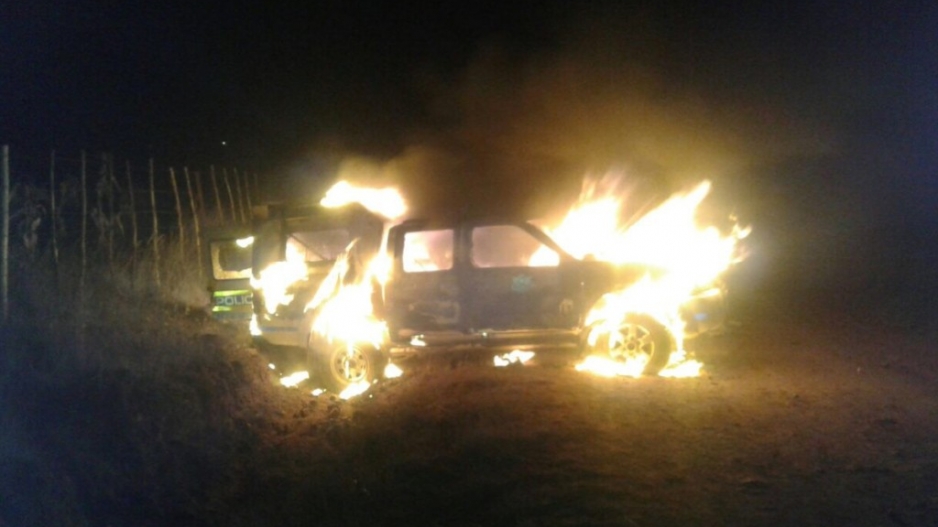 A state-owned vehicle was set alight near Groblersdal, Limpopo during a protest.

JOHANNESBURG - A police constable was injured and a state vehicle set alight when protesters attacked police near Groblersdal, Limpopo.

READ: Another night of violent protests in Parkwood, Cape Town

&39;&39;A group of community members from Zaaiplaas, went on the rampage following their protest actions which started on Tuesday by barricading the R579 road," said Ngoepe.

The R579 road near Groblersdal, Limpopo was barricaded with rocks during a protest on Thursday, 24 May, 2018. Credit: SAPS

&39;&39;Two police officers were performing their duties when a group turned against them, attacked them with various assortments of objects including stones. This led to a police constable sustaining some injuries. Reinforcements were sent to the area and the situation was normalised.&39;&39;

Provincial commissioner Lieutenant  General Nneke Ledwaba condemned the &39;&39;mushrooming tendencies&39;&39; of attacking police members. He urged members to take appropriate and legal action to defend themselves in the wake of imminent attacks

"Community members are seriously warned that the police will take stern legal actions to defend themselves, any other person or property against these attacks," said Ledwaba.

"Community members are expected to support and embrace police in their endeavour to fight crime rather than attack them. Those who participated in this heinous act are going to be hunted down until they are brought to book."

Cases of malicious damage to property and assault are being investigated. No arrests have been made.