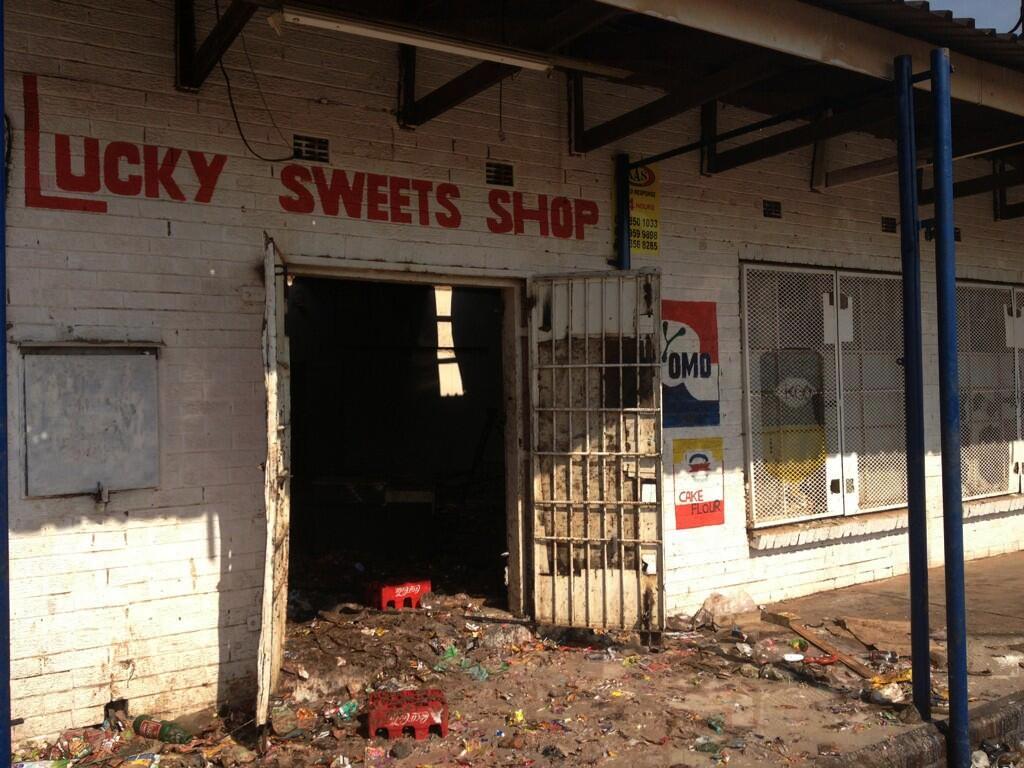 Violence and looting have been reported in the town of Evaton, south of Johannesburg, after locals staged a protest over jobs in the area.

Evaton - In a third day of protesting, the areas of Evaton, Sebokeng and Orange Farm, in the south of Johannesburg, have been cast into turmoil after protests by locals turned violent.

"More than a hundred complaints of looting and vandalism of spaza shops belonging to foreign nationals and locals have been reported," Lt-Col Lungelo Dlamini said.

The 93 arrests on Thursday and Friday were for public violence, malicious damage to property and possession of suspected stolen goods.

"The number of arrests are expected to increase, as police operations are continuing in these areas."

Service delivery protests started in Residentia on Monday and spread to surrounding areas, with some residents blocking roads with rocks.

Dlamini said it was believed that criminal elements used the opportunity provided by the barricaded roads to loot spaza shops, as they knew the police response would be delayed.

"This morning [Friday] it is also suspected that they used young school children to continue with the looting."

Several businesses were advised to close until the protests were over.

"Police sector managers, prominent members of the community and the local councillors are also continuing to engage community to establish the root cause of this criminality."

Those arrested would appear in the Sebokeng and Vereeniging Magistrate&39;s Courts on Monday.

Evaton is not new to violent uprisings. During the 1980s, the town also experienced violent unrest when South Africa declared a state of emergency under apartheid rule.