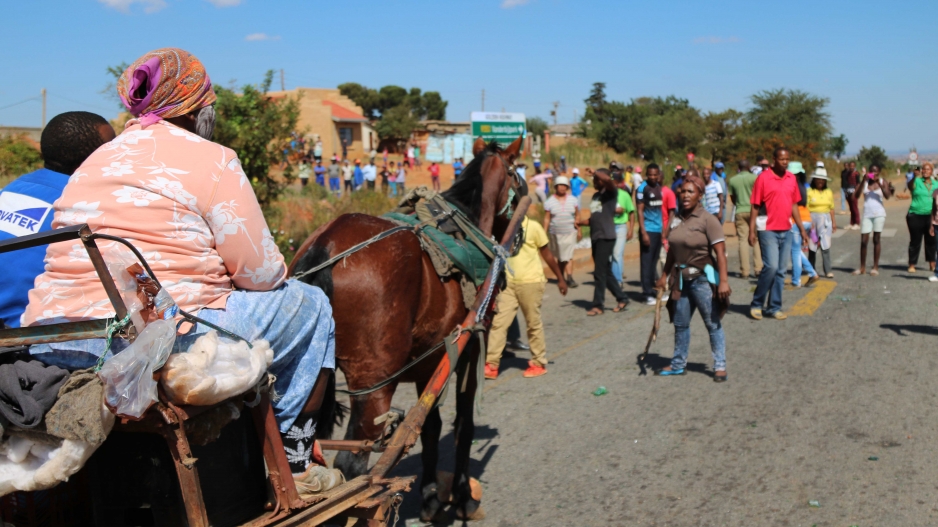 JOHANNESBURG - Schools, foreign-owned tuck shops, a clinic and a shopping mall have been forced to close in Orange Farm, south of Johannesburg,  due to a service delivery protest.

Residents of the township blocked the Golden Highway with burning tyres and rocks on Monday morning, demanding that their ward councillor step down.

Police have been deployed in the area to monitor the tense situation.

Police spokesperson Mack Mngomezulu said police had to use rubber bullets to disperse the morning crowd.

“Golden Highway is still closed. No arrests or major damages have been reported but we urge motorists to use alternative routes,” said Mngomezulu.

The protest is led by Sanco ward 4, whose leader, Menzi Kubheka, said the community wants to meet the Gauteng premier and the Johannesburg mayor to discuss its grievances..

Ward 4 councillor said some of the grievances raised by residents are genuine but the protest is mainly influenced by divisions within ANC ward 4.

Motha said some ANC members are opposing his renomination as councillor are instigating public violence.