UPDATE: Traffic chaos as roads are blocked in Joburg, Pretoria 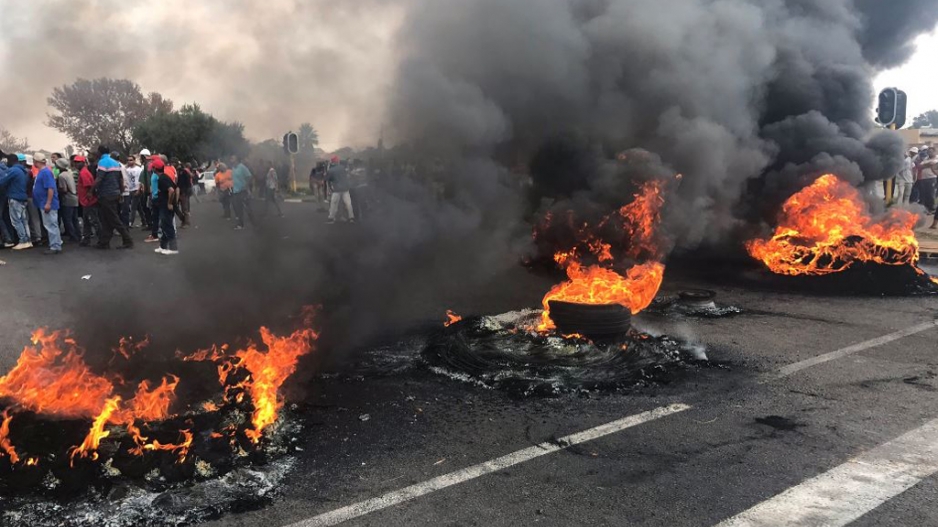 09 May 2017 - Burning tyres blockade roads at an intersection in Ennerdale as residents protest over the lack of development in the area.

JOHANNESBURG – Roads were blocked with rocks and burning tyres across Gatueng.

Johannesburg Metro Police said it is related to the motion of no confidence in President Jacob Zuma, set to take place in Parliament on Tuesday afternoon.

According to the JMPD, affected areas include Soweto, Zandspruit, Braamfontein, Booysens and Turffontein, south of Johannesburg.

"Roads leading from the Soweto highway have been blocked off as protesters placed rocks on the road,” said JMPD spokesperson Chief Superintendent Wayne Minnaar.

“The M1, N1and N3 are affected at this stage. We can confirm a car has been transporting people who were blocking the road."

The blockades were causing widespread traffic disruptions and motorists were advised to take care and use alternate routes.

Bus services in Soweto have been affected.

Roads are also blocked in Turffontein in southern Johannesburg

In Olievenhoutbosch, the R55 is affected, slowing traffic in Midrand.

Protests have also been reported in Tshwane. Affected areas include Mamelodi, Atteridgeville, and Soshanguve.

Here are some of the images as people are burning tyres. #Ruimsigprotests pic.twitter.com/5yBoCGW4hA

JMPD spokesperson Edna Mamonyane confirmed the protests are linked to the motion of no confidence vote against President Jacob Zuma in the National Assembly later in the day.

Here are some of the images as people are burning tyres. #Ruimsigprotests pic.twitter.com/5yBoCGW4hA