Protests flare up in Madibeng 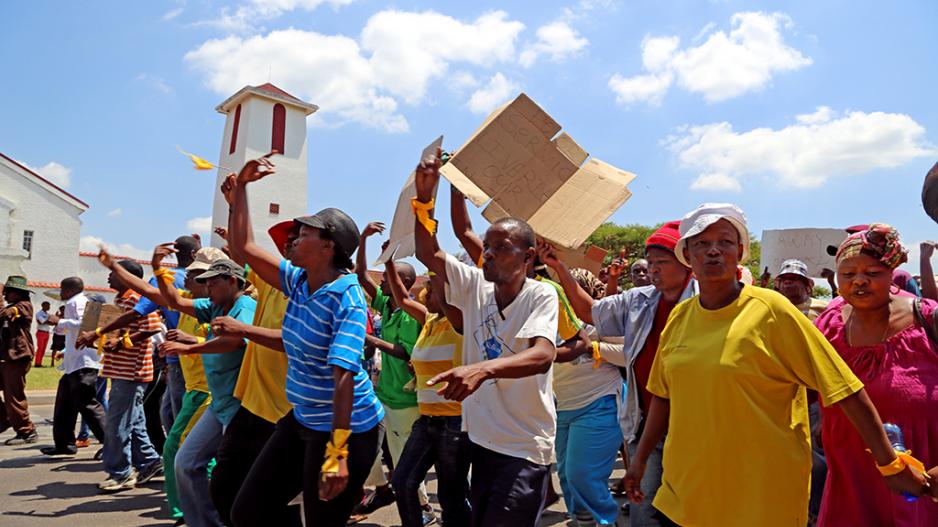 Protestors make their way through the streets of Brits to the Madibeng municipal offices to hand over a memorandum of demands regarding poor service delivery. January 22, 2014

PRETORIA - Several protests have flared up across the country.
Hebron residents, north of Pretoria, have barricaded roads with burning tyres, and angry residents of Majakaneng are protesting against a lack of water in the area.
Both Hebron and Majakaneng are part of the Madibeng Municipality, which has been plagued by similar demonstrations in recent weeks.
In Majakaneng, hundreds of people torched a truck, and blocked roads leading to the area.
They also torched the home of the local councillor, accusing him of failing to tell them when the situation will improve.
Residents said the water pumps in Majakaneng aren’t working, and haven’t worked properly for years.
Meanwhile, fresh clashes broke out between police and protesters in Bronkhortspruit.
Police erected barricades to prevent a crowd of around 3,000 from entering the centre of the town.
Protesters threw petrol bombs, stones and burning tyres, and police responded with water cannons and stun grenades.
The town has been rocked by a week of demonstrations.Residents are angry about glitches with a new prepaid electricity system.
The Tshwane mayor on Thursday met with community members behind closed doors.