Protests flare up in Vrygrond over land 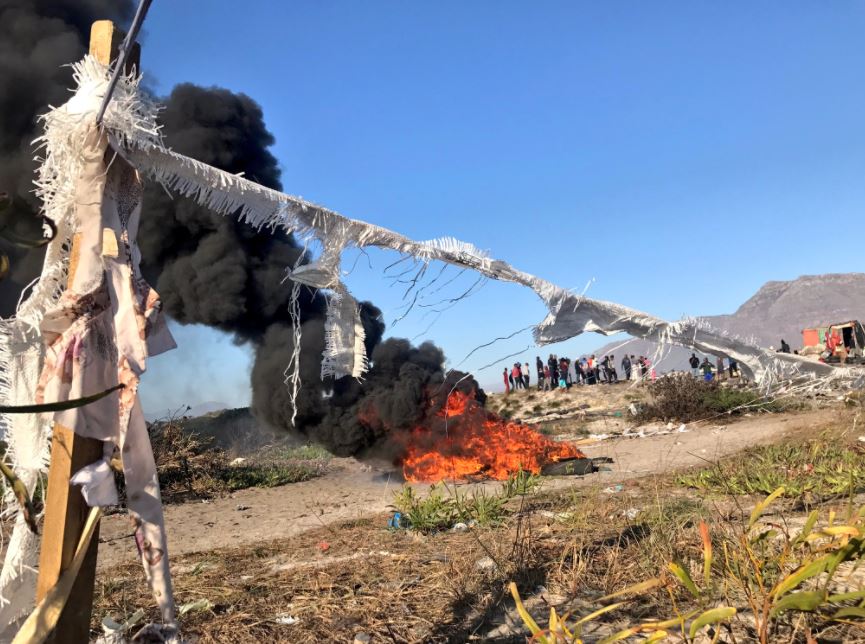 Vrygrond residents have barricaded roads with rocks and burning tyres.

CAPE TOWN – Residents of Vrygrond, Cape Town are protesting over land on Tuesday.

They have barricaded roads with rocks and burning tyres.

Vrygrond residents say they&39;ll not be deterred by rubber bullets. They&39;re planning to mobilize more residents to continue their protest over a lack of housing.They earmarked an open piece of land inside their community.A car was set alight last night & a liquor store was looted. pic.twitter.com/NwBYHFOfRA

Roads in the area were closed overnight but the City of Cape Town says that Prince George Drive has been cleared and all lanes reopened by Tuesday morning.

Update: Protests in Vrygrond, Prince George Dr has been cleared, all lanes re-opened.

Protesters - who are complaining about a lack of housing and overcrowding - say they have earmarked a piece of land they want to move to.

A vehicle was set alight on Monday night and shops in the area, including a liquor store, were looted by community members.

Vrygrond residents have vowed to intensify their protests if the City of Cape Town fails to address their grievances.

A community leader has called for proper housing, saying their shacks are vulnerable to repeated shack fires.

“This place is overpopulated and we are experiencing shack fires here in winter. I am very afraid because we have people at the back of our yards. Xhosa and coloured people should not be renting spaces at the back of the houses, they should own their own plots at the back,” he said.